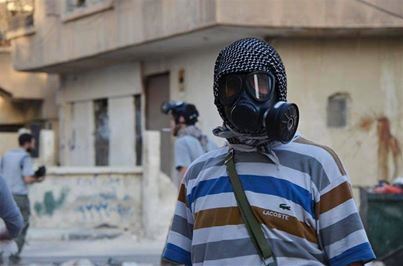 In Syria a few days ago
This story (Infowars – ‘The rebels admit responsibility for the chemical attacks) could completely derail the United States’ rush to attack Syria which has been founded on the “undeniable” justification that Assad was behind the chemical weapons attack. Dale Gavlak’s credibility is very impressive. She has been a Middle East correspondent for the Associated Press for two decades and has also worked for National Public Radio (NPR) and written articles for BBC News.
The website on which the story originally appeared – Mint Press (which is currently down as a result of huge traffic it is attracting to the article) is a legitimate media organization based in Minnesota. The Minnesota Post did a profile on them last year.
Saudi Arabia’s alleged role in providing rebels, whom they have vehemently backed at every turn, with chemical weapons, is no surprise given the revelations earlier this week that the Saudis threatened Russia with terror attacks at next year’s Winter Olympics in Sochi unless they abandoned support for the Syrian President.
“I can give you a guarantee to protect the Winter Olympics next year. The Chechen groups that threaten the security of the games are controlled by us,” Prince Bandar allegedly told Vladimir Putin, the Telegraph reports.
The Obama administration is set to present its intelligence findings today in an effort prove that Assad’s forces were behind last week’s attack, despite American officials admitting to the New York Times that there is no “smoking gun” that directly links President Assad to the attack.
US intelligence officials also told the Associated Press that the intelligence proving Assad’s culpability is “no slam dunk.”
As we reported earlier this week, intercepted intelligence revealed that the Syrian Defense Ministry was making “panicked” phone calls to Syria’s chemical weapons department demanding answers in the hours after the attack, suggesting that it was not ordered by Assad’s forces.
UPDATE: Associated Press contacted us to confirm that Dave Gavlak is an AP correspondent, but that her story was not published under the banner of the Associated Press. We didn’t claim this was the case, we merely pointed to Gavlak’s credentials to stress that she is a credible source, being not only an AP correspondent, but also having written for PBS, BBC and Salon.com.

6 Responses to “Dale Gavlak is a credible reporter”