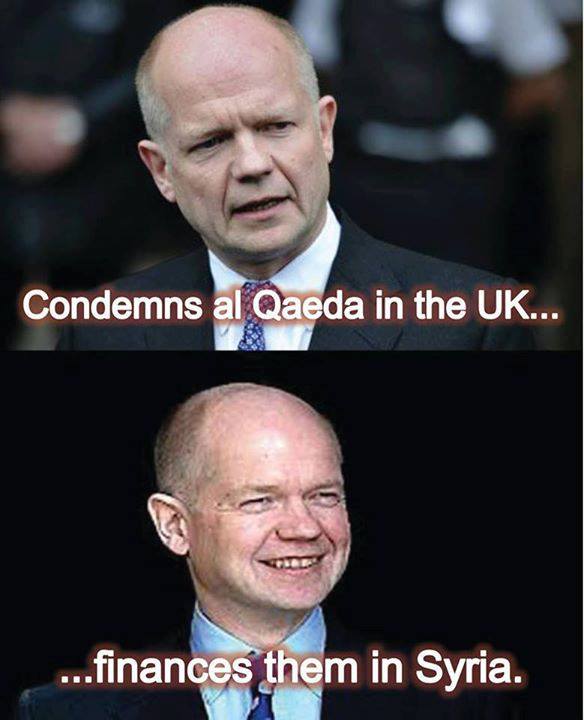 The BBC: A Criminal Instrument in the War on Syria

Evidently, the BBC was not satisfied with the propaganda pieces I referred to in yesterday’s article, so it’s come out with another, equally audacious piece of fiction that reiterates, again without any proof, the same drivel it peddled to us yesterday (and the day before). But what ‘UN’s Angela Kane in Syria urges chemical weapons probe‘ (24/8/13) does is communicate a sense that it (the BBC’s) wishes might yet come true; that the Empire would once again unleash the dogs of war this time on poor, destroyed Syria.
The BBC really is a war junkie. What is really galling is that aside from a single reference to the Russian assertion (and itself a qualified reference), “Russia, Syria’s main ally, said earlier there was evidence rebels were behind Wednesday’s attack“, the views of scientists and experts assembled onWashingtonsBlog (‘Experts Doubt Syrian Chemical Weapons Claims‘) for example, are nowhere to be found. It’s one, big cry for war.
Yet assembling and deferring to informed and reliable opinion and analysis, instead of ‘belief’, is journalism one-o-one; talk to the experts, the media analysts, use some common sense for Christ’s sake! The BBC is always using ‘experts’ but can’t seem to find a single one when it comes to adding any fact to Hague’s ‘belief’.
Why would the Syrian government, on the very day the UN inspection team arrived, gas hundreds of people just a stone’s throw away from the location of the UN inspectors? Why doesn’t the BBC piece even entertain, in the words of William Hague, the “vanishingly small” chance that it would be ‘an own goal’ for the Syrian government to do something so stupid?
Instead the BBC again quoted Hague that the Assad regime was so brutal, and hence of course stupid–everyone knows that brutal and stupid go together–that it would do something like invite the Empire to finish off the job started by its proxies, by murdering hundreds of its own citizens and thus signing its own death sentence. It’s the Reichstag Fire all over again!
Again, I keep coming back to the point that the BBC’s ‘news’ coverage of events in Syria is in reality war propaganda for the government, a government that seems hellbent on killing some more ‘rag heads’, do a little more of the Western version of ‘civilising’ Syria, the cradle of civilisation. It really is disgusting. And to think we are all paying for it.
http://www.globalresearch.ca/the-bbc-a-criminal-instrument-in-the-war-on-syria/5346855
The Tap Blog is a collective of like-minded researchers and writers who’ve joined forces to distribute information and voice opinions avoided by the world’s media.