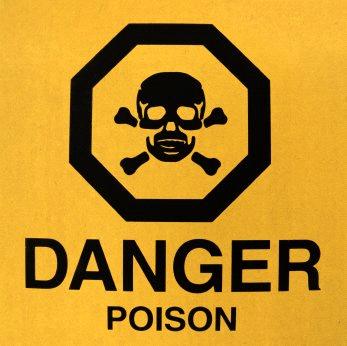 The Environmental Working Group (EWG) has once again released a report that should grab your attention. After analyzing water samples from 201 municipal water systems from 43 states, EWG found chemicals considered “probable human carcinogens” in every single water system they tested.
The watchdog organization wants the government to clean up the sources of public drinking water, thereby reducing the need for chemical treatment.1
The report “Water Treatment Contaminants: Toxic Trash in Drinking Water” was sparked by concerns about water contamination in the wake of Superstorm Sandy, which spilled tens of millions of gallons of sewage into waterways along the East Coast.
But the results of their analysis clearly indicate a far more widespread and concerning problem that superstorms merely inflame.
The problem is that chlorine and other water treatment chemicals, in addition to being somewhat toxic in and of themselves, react with ordinary organic particles in the water ( manure from livestock, dead animals, fallen leaves, etc.) to create hundreds of extremely toxic byproducts, which aren’t monitored or regulated at all.
These toxic byproducts have been labeled “disinfection byproducts,” or “DBPs,” and there are 600 we know about and probably hundreds more that we don’t, says EWG’s senior scientist Renee Sharp.2
Most people are not aware that DBPs are actually 1,000 times more toxic than chlorine. Just like with ionizing radiation and mercury, any exposure at all in concerning and potentially toxic; there is no safe level.

The Byproducts of Chlorination May Be Deadly

Chlorine is the only disinfectant that has been extensively studied, but now many water treatment plants are using another disinfectant called chloramine, the health effects of which are largely unknown. Chloramine is a combination of chlorine and ammonia.3 More than one in five Americans are drinking tap water treated with chloramine.
Chloramine stays in the water system longer than chlorine and is difficult to remove—it can’t be removed by boiling, distilling, or by standing uncovered. Its vapors can accumulate in indoor air and concentrate in an enclosed area, such as your shower stall, bathroom, kitchen, or apartment.
Chloramines combine with organic matter in water supplies to create iodoacids and nitrosamines, which are extremely toxic. According to David Sedlak of UC Berkeley:4

“Nitrosamines are the compounds that people warned you about when they told you shouldn’t be eating those nitrite-cured hot dogs… They’re about a thousand times more carcinogenic than the disinfection byproducts that we’d been worried about with regular old chlorine.”

Why I Recommend Filtering Your Tub and Shower Water…

Scientists now suspect trihalomethanes in your tap water may be responsible for thousands of cases of bladder cancer each year, based on mounting evidence from multiple studies. But the risk to pregnant women and their unborn babies is also very concerning. Trihalomethanes are associated with numerous developmental and reproductive abnormalities, including stillbirth, miscarriage, low birth weight, and neural tube defects. The neural tube refers to the anatomical structure that develops into your baby’s brain and spinal cord.
Just the simple act of showering in treated water, in which you have absorption through both your skin and lungs, may pose a significant health risk to you—and to your unborn child, if you are pregnant. Numerous studies have shown that showering and bathing are important routes of exposure for trihalomethanes and may actually represent MORE of your total exposure than the water you drink.
According to EWG:

“The EPA standard for trihalomethanes is based on preventing bladder cancer, but the agency has noted that these chemicals may present reproductive and developmental risks as well. A spike that lasts three months exposes a pregnant woman and her fetus to excessive trihalomethane for an entire trimester, a critical window of development. Scientific research has shown that such intensive exposure can have serious consequences for the child.”

Analysts have found that trihalomethane levels in public water systems vary throughout the year, depending on factors such as farming cycles. But the EPA regulates the chemicals based on an annual average, which means that spikes in the byproducts may go undetected.

EPA-Regulated Chemicals are Just a Drop in the Bucket

As concerning as trihalomethanes are, they are just the tip of the iceberg—there are hundreds of other chemicals finding their way into your water supply. The EPA regulates only nine pollutants generated by chlorine or chloramine treatment—four trihalomethanes and five haloacetic acids. These nine regulated chemicals represent less than two percent of the more than 600 unwanted chemicals created by the interaction of water treatment disinfectants and pollutants in source water.
The legal limits for the nine regulated chemicals are not what either the agency or many independent scientists believe is truly safe. Rather, the regulations represent political compromises that take into account the costs and feasibility of treatment.
When you add up the total chemicals contaminating public drinking water, the number is beyond staggering. According to William Marks, author of Water Voices from Around the World, there are more than 116,000 human-made chemicals now detected in public water systems!