He keeps up the act right through to the end.  The interviewer doesn’t seem to realise he’s listening to a satirical performance of the highest caliber.

Maybe it’s only the US government and the compliant media that needs irony training sessions.  Otherwise people like this man will take the piss out of them endlessly without breaking a single rule in the book.  The crowd will just love it.  Maybe irony was invented to deal with earlier versions of bone-headed authoritarian rule in history, as, for example delivered in the past by the total power of kingship in Britain.

In fact irony is the perfect weapon to throw back at all abuse of humanity. 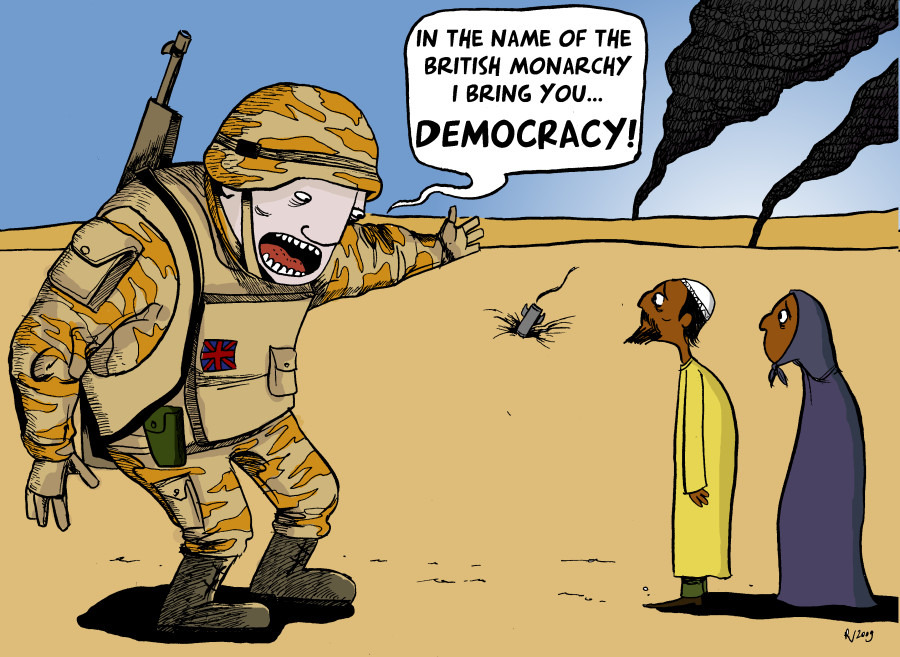