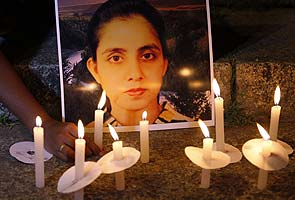 ANON COMMENT –
At the very start of Kate’s pregnancy, she spent 3 days in hospital for ‘acute morning sickness” and since then we’ve heard nothing more of morning sickness.
I’ve never before heard of any one being hospitalised
for this.
when one of the nurses there was “suicided” (to stop the real story from leaking out) I guessed Kate was being made a host for some other woman’s foetus, someone presumably with the right bloodline which Kate does not have.

Hi Tap, POPE BENEDICT XVl WENT OUT WITH A STREAK of LIGHTNING.
THE SPROG CAMBRIDGE, (or who ever he is) ENTERED WITH A STREAK of LIGHTNING.
WHAT’S THE SIGNIFICANCE OF THAT, I WONDER?
ZEUS IS CERTAINLY MAKING HIS PRESENCE KNOWN!
IS HE ANGRY?
I WOULD SAY YES, HE IS – NOT A GOOD SIGN FROM FATHER of THE GODS!
Zeus was the god of the sky and ruler of the Olympian gods. Zeus overthew his Father Cronus. He then drew lots with his brothers Poseidon and

Hades. Zeus won the draw and became the supreme ruler of the gods. He is lord of the sky, the rain god. His weapon is a thunderbolt which he hurls at those who displease him. He is married to Hera but, is famous for his many affairs. He is also known to punish those that lie or break oaths.He was the rain god, and the cloud gatherer, who wielded the terrible thunderbolt. His breastplate was the aegis, his bird the eagle, his tree the oak. He is represented as the god of justice and mercy, the protector of the weak, and the punisher of the wicked.
So is Manning, DAMIEN’S, Woops! —- slip there, I mean Junior CAMBRIDGE’S  Handler?
Sir David Manning in case you didn’t know is a Member o The Committee of 300
Is he also a Member of The PILGRIMS SOCIETY, because JESUITS HAVE COATS OF MANY COLOURS, BUT THE ARE STLL COATS!
I have given you all this information on this Organisation before, but her it is in a different Link – CAN YOU HANDLE THE TRUTH, MANY CAN’T & PREFER TO STAY IN THE SAFETY OF THEIR COCOONS, IN WHAT THEY THINK IS REALITY. My Family, All extremely well educated fit into this Category, believe it or not. They have no wish to step outside the Box, to see the  picture in it’s true colour, They as do many others prefer the Sepia Version.
The problem is when you do see the full Colour Version, the World will never be the same again,  as you will never again be able to see it in Sepia.
Three hundred men, all of whom know one another, direct the economic destiny of Europe and choose their successors from among themselves.” –Walter Rathenau, 1909, founder of the mammoth German General Electric Corporation
The Committee of 300 is a product of the British East India Company’s Council of 300. The East India Company was chartered by the British royal family in 1600. It made vast fortunes in theopium drug trade with China and became the largest company on earth in its time. Today, through many powerful alliances, the Committee of 300 rules the world and is the driving force behind the criminal agenda to create a “New World Order”, under a “Totalitarian Global Government”. There is no need to use “they” or “the enemy” except as shorthand. We know who “they”, the enemy, is. The Committee of 300 with its “aristocracy”, its ownership of the U.S. Federal Reserve banking system, insurance companies, giant corporations, foundations, communications networks, presided over by a hierarchy of conspirators-this is the enemy. Secret societies exist by deception. Each is a hierarchy with an inner circle at the top, who deceives those below with lies, such as claiming a noble agenda; thus, duping them into following a web of compartmentalized complicity. The inner circle of the Committee of 300 is the Order of the Garter, headed by Queen Elizabeth Windsor II. It is interesting to note that the Windsor’s changed their name from the Germanic Saxe-Coburg-Gotha during WWI, because of anti-German sentiment.
The enemy is clearly identifiable as the Committee of 300 and its front organizations, such as the Royal Institute for International Affairs (Chatham House), the Club of Rome, NATO, U.N., the Black Nobility, the Tavistock Institute, CFR and all its affiliated organizations, the think tanks and research institutions controlled by Stanford and the Tavistock Institute of Human Relations and last, but certainly not least, the military establishment.
The Committee of 300 is the ultimate secret society made up of an untouchable ruling class, which includes the Queen of the United Kingdom (Elizabeth II), the Queen of the Netherlands, the Queen of Denmark and the royal families of Europe. These aristocrats decided at the death of Queen Victoria, the matriarch of the Venetian Black Guelphs that, in order to gain world-wide control, it would be necessary for its aristocratic members to “go into business” with the non-aristocratic but extremely powerful leaders of corporate business on a global scale, and so the doors to ultimate power were opened to what the Queen of England likes to refer to as “the commoners”. Through their illicit banking cartel, they own the stock of the Federal Reserve, which is a private for profit corporation that violates U.S. Constitution and is a root of the problem.

From Wikipedia, the free encyclopedia
For other people named David Manning, see David Manning (disambiguation).
Sir David Geoffrey Manning, GCMG CVO (born 5 December 1949) is a former British diplomat, who
was the BritishAmbassador to the United States from 2003 to 2007. He authored the so-called
“Manning Memo” summarising the details of a January 2003 meeting between American president
George W. Bush and British prime minister Tony Blairduring the run-up to the invasion of Iraq.
He has since been appointed to the Household of TRH The Duke and Duchess of Cambridge and
Prince Harry of Wales.
KCMG” redirects here. For the religious broadcaster based in New Mexico, see KCMG-LP.
The Most Distinguished Order of Saint Michael and Saint George is an order of chivalry founded
on 28 April 1818 by George, Prince Regent, later George IV of the United Kingdom,[1] while he was
acting as Prince Regent for his father,George III.
It is named in honour of two military saints, St Michael and St George.
The Order of St Michael and St George is awarded to men and women who render extraordinary or
important non-military service in a foreign country. It can also be conferred for important or loyal
service in relation to foreign and Commonwealth affairs.
In the satirical British television programme Yes Minister, Jim Hacker MP is told an old joke[4] by his
Private Secretary Bernard Woolley about what the various post-nominals stand for.

Woolley: In the service, CMG stands for “Call Me God”. And KCMG for “Kindly Call Me God”.
Hacker: What does GCMG stand for?

LOOK FOR THE JESUIT LINK :-

Manning was educated at Ardingly College and went on to study at Oriel College, Oxford, and at the Paul H. Nitze School of Advanced International Studies of the Johns Hopkins University. He began his career as a civil servant in theForeign and Commonwealth Office (FCO) in 1972. He has served in UK Embassies in Warsaw, New Delhi, Paris, andMoscow, and within the FCO he has worked on the Central American desk, the Russian desk and held several senior positions. He has represented the UK in Brussels and also at the International Conference on the former Yugoslavia in 1994.
Between 1995 and 1998, he was British Ambassador to Tel Aviv; from 2001, he was a foreign policy adviser to British Prime Minister Tony Blair. During this time he developed a close relationship with his counterpart, then US National Security Advisor Condoleezza Rice. Blair selected him to replace Christopher Meyer as the British Ambassador to the United States. Manning took up the post in 2003. Ambassador Manning visited numerous states, as well as the U.S. territory of Puerto Rico, during his term as Ambassador to the United States and was instrumental in planning Queen Elizabeth’s most recent visit.
Ardingly College is a selective independent co-educational boarding and day … of independent schools and as such has a strong Anglo-Catholic tradition.
Foundation and overview – Brief history – Academic – Notable Old Ardinians
Oriel College has strong Catholic Connections, & JOHN HOPKINS UNIVERSITY IS JESUIT.
No surprise there then was there – so if he is a Jew He is a Catholic Jew, but I have not seen data relating to being a Jew, but you can make a safe bet that he is a Jesuit.

The Johns Hopkins University[5] (informally Johns Hopkins, JHU, or just Hopkins) is a not-for-profit[6] private research university based in Baltimore, Maryland, United States. The university was founded on January 22, 1876, and named for its benefactor, the philanthropist Johns Hopkins.[7] Daniel Coit Gilman was inaugurated as the first president on February 22, 1876.
How the First Jesuits Became Involved in
In 1548, just a little over 450 years ago, ten members of the recently founded
Society of Jesus opened the first Jesuit school in Messina in Sicily. That event
would have immense repercussions on the character of the Society of Jesus,
giving it a new and quite special relationship to culture; but it was also a crucial
event in the history of schooling within the Catholic church and in western
civilization. …
A Different Way Of Looking At Things

The Devil Is Always Hidden In The Detail.

REGARDS  ……..  WASP
The Tap Blog is a collective of like-minded researchers and writers who’ve joined forces to distribute information and voice opinions avoided by the world’s media.

4 Responses to “What did Nurse Jacintha Saldana know that required her execution?”