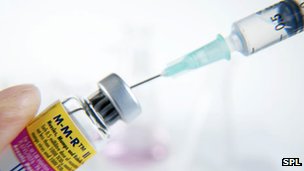 Grassroots outcry
It was a regular reader named Kathleen that brought this ongoing story to our attention here at Whiteout Press. When asked what her connection to the vaccine-autism battle was, the young reader replied, “I just researched it for a school project a while back and then I stayed on top of it, until I couldn’t stand it anymore. I’m not a parent, nor do I belong to any organization – a mere outside observer.”
This reader isn’t alone. The news that vaccines cause autism has spread across the US despite a coordinated media black-out. She takes her concerns one step further explaining, “All I want is to see this information where the public can access it. I’ve looked everywhere, and no one gives this dire Wakefield situation even ONE small mention.” She goes on to give us another motivation for her activism, “In Washington State, where I’m from, vaccines have become mandatory for school children, which is very frightening!”
Landmark rulings
In December 2012, two landmark decisions were announced that confirmed Dr. Wakefield’s original concern that there is a link between the MMR vaccine, autism and stomach disorders. The news went mostly unreported, but independent outlets like The Liberty Beacon finally began publishing the groundbreaking news.
The website wrote last month, ‘In a recently published December 13, 2012 vaccine court ruling, hundreds of thousands of dollars were awarded to Ryan Mojabi, whose parents described how “MMR vaccinations” caused a “severe and debilitating injury to his brain, diagnosed as Autism Spectrum Disorder (‘ASD’).”’
The Liberty Beacon went on to describe the second court ruling that month, as well as similar previous verdicts writing, ‘Later the same month, the government suffered a second major defeat when young Emily Moller from Houston won compensation following vaccine-related brain injury that, once again, involved MMR and resulted in autism. The cases follow similar successful petitions in the Italian and US courts (including Hannah Poling, Bailey Banks, Misty Hyatt, Kienan Freeman, Valentino Bocca, and Julia Grimes) in which the governments conceded or the court ruled that vaccines had caused brain injury. In turn, this injury led to an ASD diagnosis. MMR vaccine was the common denominator in these cases.’
The report echoes the exact same sentiment that our reader conveyed – Dr. Wakefield has had his career and reputation destroyed over the past 15 years, but has just been vindicated. The account reports, ‘While repeated studies from around the world confirmed Wakefield’s bowel disease in autistic children and his position that safety studies of the MMR are inadequate, Dr. Wakefield ’s career has been destroyed by false allegations.  Despite this he continues to work tirelessly to help solve the autism catastrophe.’
The article from The Liberty Beacon closes with a direct quote from Dr. Wakefield himself to the independent grassroots outlet, “There can be very little doubt that vaccines can and do cause autism. In these children, the evidence for an adverse reaction involving brain injury following the MMR that progresses to an autism diagnosis is compelling. It’s now a question of the body count. The parents’ story was right all along. Governments must stop playing with words while children continue to be damaged. My hope is that recognition of the intestinal disease in these children will lead to the relief of their suffering. This is long, long overdue.”