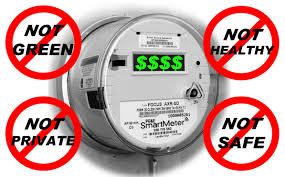 Open letter by UK medical doctors:
Health and safety of Wi-Fi and mobile phones
We wish to highlight our concern over the safety of exposure to microwave radiation from wireless technology, particularly for vulnerable groups like children, pregnant women, the elderly and those with compromised health.
There is growing concern that chronic (long-term) exposure to radiofrequency/microwave radiation from wireless technologies causes damage, particularly genetic damage, cognitive damage, cancer and decreased fertility.  There is now substantial evidence of a link between mobile phone use and brain cancer.  This was recognised by the International Agency for Research on Cancer (IARC)’s 30-strong panel of scientists, which in 2011 classed radiofrequency radiation as “possibly carcinogenic”.
Additionally, doctors are encountering a significant and growing number of people presenting with a range of acute (short-term) symptoms from wireless radiation, including headaches, palpitations, rashes, fatigue, sleep disturbance, allergies and memory and concentration problems.
International medical agencies have recognised the evidence of harm (see appended list) but these rulings may take many years to be reflected in public health policy.  This controversy is a common characteristic of scientific understanding when environmental exposures are new.
New technologies and substances often come with scientific conflict, which can continue for several decades before consensus is achieved. Commercial pressures often delay the acceptance of health risks, even when scientific evidence is compelling. In the case of tobacco, asbestos, x-rays and leaded petrol, for example, it took many decades before damage was established and accepted by health agencies and during those decades millions of people suffered ill health and death as a result of the delay.  Now, despite evidence of harm, wireless technology is being rolled out widely.
We urge health agencies and the public to act immediately to reduce exposure to radiofrequency/microwave radiation.  This is especially important for children, who are physiologically more vulnerable to this exposure and for whom adults have a safeguarding responsibility.
Children’s health should be put ahead of convenience and commercial benefits.  Children should not use mobile phones except in an emergency, and WiFi should be replaced with wired alternatives in schools and other settings where children spend considerable time.
Yours faithfully,
Dr Elizabeth Evans MA (Cantab), MBBS (Lond), DRCOG – medical doctor
Dr Andrew Tresidder MRCGP (1989), MBBS (Lond) – medical doctor
Dr Erica Mallery Blythe BM – medical doctor
BCM SSITA London WC1N 3XX  //  www.ssita.org.uk
Appendix – International Rulings
1. In 2011 the World Health Organization’s scientific panel, the International Agency for Research on Cancer (IARC), reviewed all the evidence on carcinogenesis (cancer-causing) and categorised electromagnetic radiation from mobile phones and Wi-Fi as Possibly Carcinogenic (Class 2B).
See http://www.iarc.fr/en/media-centre/pr/2011/pdfs/pr208_E.pdf
2. The Council of Europe has called for member states to take measures to reduce exposure to electromagnetic fields and give preference to wired internet connections for children, particularly in schools and classrooms. The Parliamentary Assembly stated that “the Assembly regrets that, despite calls for the respect of the precautionary principle and despite all the recommendations, declarations and a number of statutory and legislative advances, there is still a lack of reaction to known or emerging environmental and health risks and virtually systematic delays in adopting and implementing effecti ve preventive measures. Waiting for high levels of scientific and clinical proof before taking action to prevent well-known risks can lead to very high health and economic costs, as was the case with asbestos, leaded petrol and tobacco.”.
See http://assembly.coe.int/mainf.asp?link=/documents/adoptedtext/ta11/eres1815.htm
3. The BioInitiative Report, updated in 2012 by 29 scientists, states that biological effects are clearly established and occur at very low levels of exposure to electromagnetic fields and radiofrequency radiation from just minutes of exposure to mobile phone masts (cell towers), WI-FI, and wireless utility ‘smart’ meters.
See http://www.bioinitiative.org/conclusions
4. The American Academy of Environmental Medicine stated in a 2012 Position Paper that “Multiple studies correlate RF exposure with diseases such as cancer, neurological disease, reproductive disorders, immune dysfunction, and electromagnetic hypersensitivity.”
See http://aaemonline.org/emf_rf_position.html
5. International Society of Doctors for the environment (ISDE) and Irish Doctors’ Environmental Association (IDEA) state that “there is sufficient scientific evidence to warrant more stringent controls on the level and distribution of electromagnetic radiation [EMR]. The joint statement and recommendations are part of a call by medical and scientific experts for safe technologies in schools.”
See http://www.env-health.org/news/members-news/article/isde-idea-statement-on
6. The Safe Schools Report 2012 lists statements by other doctors and medical associations raising concerns over children’s exposure to electromagnetic fields from Wi-Fi and other wireless technology.
See http://Wi-Fiinschools.org.uk/resources/safeschools2012.pdf
http://stopsmartmeters.org.uk/uk-medical-doctors-call-for-immediate-action-against-wireless-technologies/
The Tap Blog is a collective of like-minded researchers and writers who’ve joined forces to distribute information and voice opinions avoided by the world’s media.