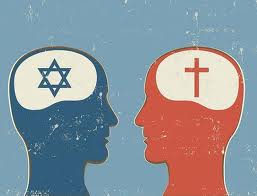 Published: July 22nd, 2013 in News » World
The wing was named after Frank Charles Lindo. According to the Jewish Daily Forward, Lindo was a wealthy Jew, descended on his mother Adeline’s side from the Heilbut family, and on his father Charles’s side, it appears, from one of London’s most famous Sephardi families. (Kate is a Sephardic Jew. ed). The wing was built for ‘deserving poor Jews.’ It is also the same wing where Prince William was born to the late Princess Diana in 1982.
What we have been sold is no less than the groundwork for the imposition of a future Jewish Monarchy in Great Britain. And engineered by the House of Rothschild, estimated fortune $500 Trillion, whose relations and puppets on Wall Street and in the City of London are responsible for a deliberatly created international financial crisis; a permanent Western recession, aimed at creating a one world currency system, a one world bank and a New World Order.
As one Royal insider commented “An insecure immigrant Royal family who have never felt at ease with the British people, and always more secure with immigrants and outsiders, and an alliance with the richest and most powerful Jewish family in the world, heads of what is increasingly being re-Christened “The Jew World Order, who also seek to raise their status, is perceived by the Queen and the Duke of Edinburgh as the best guarantor of their family’s future and safety. In short, we will one day see a Jewish Royal family.”
Many people still cannot get Kate Middleton or why she, a supposed ‘commoner’ would marry Prince William.  But hidden right under our noses is the truth the Jewish-controlled mainstream media and TheJC is hiding. Kate Middleton is a Jew from a maternal line of middle class Sephardic Jews (genuine descendents of Israel and not converted Jews like the Ashkenazis who are from gentile Khazarian stock). Her family were helped into England from the continent in 1656 by freemason Oliver Cromwell who in return for allowing Jews back into Britain had been funded to raise one of the best fitted-out armies in Europe by Jewish bankers in Amsterdam to overthrow the King of England. The Jews had been expelled for the second time in 1290 by King Edward I on a number of charges:
http://www.heretical.com/British/jews1290.html
(Jews have been expelled 109 times from 84 nations since 240 AD).
Kate’s mother’s maiden name is Goldsmith. Her mother was a Jewess called Dorothy Goldsmith nee Harrison who’s own mother was a Jewess and so on right back through the maternal line. Therefore Carol Goldsmith, practicing or not is Jewish, (orthodox Jewish schools will take practicing Muslim or Christian pupils if their mother is Jewish because they are Jews according to Judaic law, but even if a child is practicing as Jewish with a Jewish father and a non-Jewish mother, they will not get a place in the school) and under Jewish law if the mother is Jewish then the children are Jewish, therefore the children of Prince William will be legally Jewish….especially as William, according to confidant and biographer of Diana Princess of Wales Tina Brown (Lady Evans CBE) is under Judaic law also a Jew!
http://endzog.wordpress.com/2012/04/16/the-great-kate-middleton-scam-shes-a-jew/
Diana was daughter of Sir James Goldsmith, a French Rothschild, and enemy of one world government, leader of the referendum party.
Queen VIctoria was illegitimate and reported by secret service sources to be daughter of Nathan Mayer Rothschild.  They are not only Jewish, but Rothschilds.  Both The Queen and The Duke Of Edinburgh are her great grandchildren.
The Tap Blog is a collective of like-minded researchers and writers who’ve joined forces to distribute information and voice opinions avoided by the world’s media.

12 Responses to “The Great Kate Middleton Scam…She, William and Baby are Jewish”