UNESCO ‘shocked’ at damage to World Heritage sites in Syria

“Irina Bokova, the Director-General of the UN Educational, Scientific and Cultural Organization (UNESCO), said she was deeply shocked at news of further destruction of cultural heritage in Syria, particularly reports of damage to the Crac des Chevaliers, a World Heritage site,” said Martin Nesirky, spokesperson for UN secretary general on Tuesday. 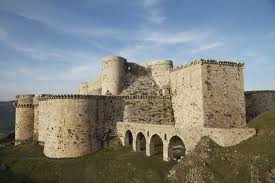 Bokova has also called for an end to the damage to World Heritage sites in the Arab country, he added.

“Irina Bokova calls upon the perpetrators to cease the destruction immediately and urges all the parties to the conflict to take the necessary measures to ensure the safeguarding of this World Heritage site along with all of Syria’s cultural property,” Nesirky said.