Julia adds –
Tony Blair did not give his son the MMR vaccine.

If you think we need the population reducing, CHIVE, why dont you volunteer yourself and your family? Is it ok for scummy poor people to be exterminated, but not yourself?

You have been brainwashed by mainstream media. There is not a population problem. That’s designed to get us to give our consent to their murder programs.

Do your sums and see that there is plenty of space and resources for all of us, it’s just been controlled so that most people can’t access it. 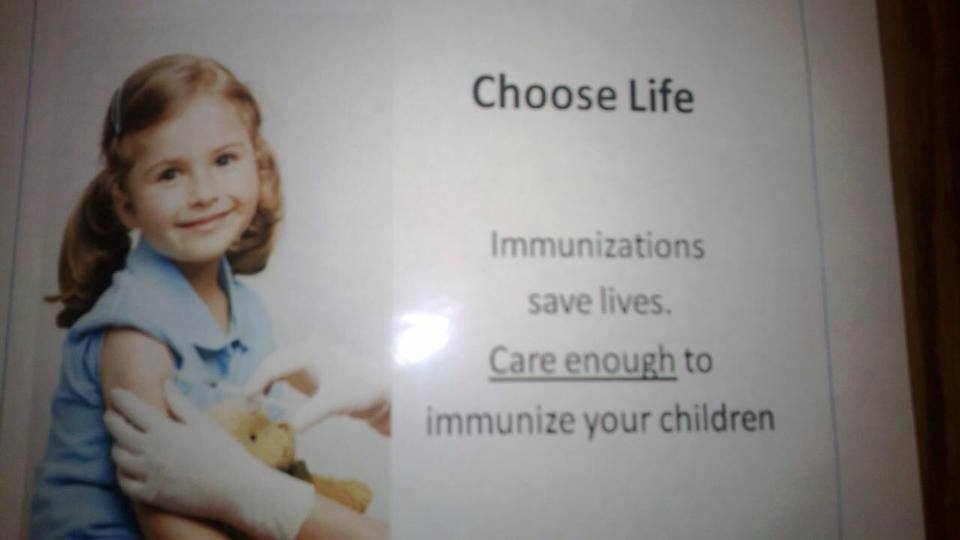 From vactruth.com  – another advertisement from a paediatrician’s practice designed to make ill-informed parents subject their kids to unnecessary life-threatening medical intervention.  Sterilisation.  Reduced IQ.  Delayed verbal and physical development all the result of vaccinations – not to mention autistic disorders, allergies, excema and brain damage of various kinds.  Not to mention also that many vaccines are administered without any proper testing and they are often found to increase the very illnesses they claim to prevent.  Paediatricians are paid bonuses for the numbers they administer to patients.  Hence the big push.

Billions of kids worldwide are being damaged.  Bill Gates states that he will reduce the human population by 1.5 billion through the use of vaccination.  Keep those needles out of your kids.   Paediatricians should know better.  They very often don’t vaccinate their own kids…….maybe they do.

2 Responses to “Sick advertising from paediatricians”