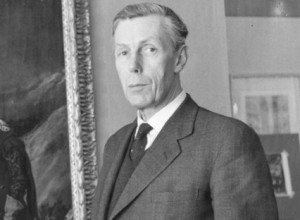 The man who ‘recruited’ Savile, Anthony Blunt, spy, traitor and the Queen’s half brother.

Posted by Anonymous to the tap at 3:45 pm

a Good Summary, & Interesting as it Ties in THE SNUFF MERCHANT

Blunt, with, Wilson, Heath, The Famous 5, Christine Keeler, & Co. & all
The Other Perverts. Savile has Opened The Gates. Of Buck House, in
More Ways Than One, & Blunt’s Legacy is the Blazing Trail, Leading Right
To The Heart of The BRITISH ESTABLISHMENT.
It is No Good Them Burying Their Heads in The Sand This Time, as Too
Many People are Equipped With Spades, to Dig Them Out, & Expose Them
& Their Evil Practices.

Issues. Who have they got Spearheading this Assualt on The British Public,
None other than The Culture Minister, Maria Miller, who Apparently Has Been
Tainted with The Brush, of QUESTIONABLE PRACTICES

Posted by Anonymous to the tap at 5:58 pm

My interest in this at the Time was Blunt,who was The Third Man in

The Spy Ring, & why he was never prosecuted. This lead me on to
him having recruited Savile, as a Procurer, & User. This gives a Tie
in to Buck House.

You probably know far more about Rev D. Bennett than I do HETT,

what ever I find I will send.
I am more interested in The Jesuit Connection, as Savile was a
PAPAL KNIGHT, & JESUIT. I have given many references to both
Blunt & Savile, Just look them up.

You appear to be specifically interested in this Bennett Character

Nottinghamshire (partner in deviant crime)friendship with Jimmy, from
1968 currently underground.
partnered Savile in running a highly publicised Nottinghamshire charity run
with children.
Bennett procured under age children as jimmy’s (50+years) personal
chaperones where they were abused.
ex priest in charge of St. Edmund’s Church, Holme Pierrepont, a parish
church in the Church of England .

Holme pierrepont parish church 70s, 80s to 90s
Was is a Mason & School inspector!! so well placed to fantasize or even

deluded with his version of Christianity have turned their backs & become
christadelphians? or other, even moved travelled away.

post a few years ago, pals in high places!!!

of a local family over a few years where he eventually made out she had
fallen for him. he propergated a rumour they were a item and even his family
thought he was going to leave his wife for her. “A total dreamer” leaving the
girl with no where to turn to for help. as he held so much weight in the
community and what was she but a small girl, horrified in the mess she
found her self in. he was waiting for her to come of age to pounce the ponce.
his buddy in crime was Cannon pierce of the R-O-T Saint Marys church main
street Radcliffe-o-trent whilst married carried affairs with impunity.
http://www.openstreetmap.org/index.html?mlat=52.946389&mlon
=-1.041667&zoom=15&layers=B000FTF
I personally remember a salivating pervy pedo jimmy savile visiting the
Rushcliffe School W/B Notts. in approx 1974 where he had the command
of a massive hall rammed with little children to talk too? he must have
been so drunk on his good fortune that day.
TAP – Ken Clarke’s constituency Ruschcliffe…….