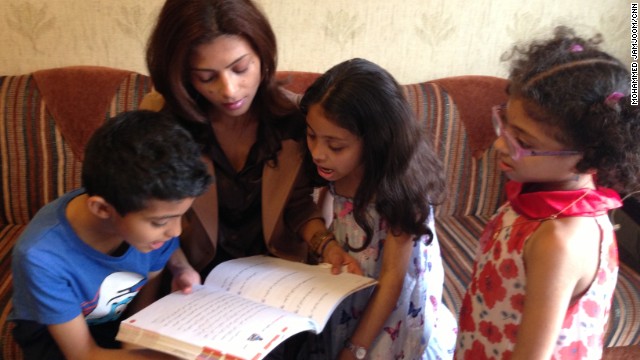 ‘When is Dad coming home?’

STORY HIGHLIGHTS
(CNN) — A Saudi court has sentenced a activist to seven years in prison and 600 lashes for violating the nation’s anti-cybercrime law, Human Rights Watch reported Wednesday.
A Jeddah Criminal Court found Raif Badawi, who has been in prison since June 2012, guilty this week of insulting Islam through his website and in television comments.
Reported Saudi paralysis sentence ‘outrageous,’ rights group says
“This incredibly harsh sentence for a peaceful blogger makes a mockery of Saudi Arabia’s claims that it supports reform and religious dialogue,” said Nadim Houry, the deputy Middle East director at Human Rights Watch. “A man who wanted to discuss religion has already been locked up for a year and now faces 600 lashes and seven years in prison.”
Saudi Arabia may block Skype, Viber, WhatsApp, others
His lawyer, Waleed Abu al-Khair, told Human Rights Watch that Judge al-Harbi read the verdict Monday. The court is expected to send him a written notification by August 6. They’ll have 30 days to appeal.