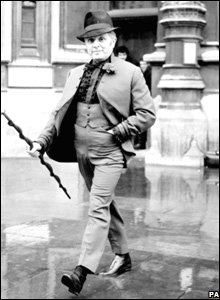 The officer suddenly found himself booted off the case and put on a disciplinary after revealing ­politicians were among the suspects
Tasked with flushing out ­paedophiles preying on vulnerable youngsters at children’s homes, Detective Chief Inspector Clive Driscoll relished the challenge.
But the officer suddenly found himself booted off the case and put on a ­disciplinary after revealing ­politicians were named among the suspects.
At least one of the figures is understood to have been an MP.
And former Labour councillor Anna Tapsell claims she was visited by a police chief to “warn her off” after she raised concerns that detectives would not ­properly investigate allegations of ­paedophile activity in care homes.
Mr Driscoll launched his probe into child sex abuse claims in the South London borough of Lambeth in 1998.
But he claims Scotland Yard began meddling as soon as the politicians were named.
The officer, now spearheading the fresh investigation into teenager Stephen Lawrence’s murder, said: “I was unhappy with the interference of some senior officers who did not appear to have a logical connection to my investigation into child sex abuse in Lambeth.
“There were allegations made by several people that named politicians had been involved but I never had a chance to investigate them because I was moved before I could do so.”
John Nguyen
Asked if there was a cover-up of child sexual abuse in Lambeth by Scotland Yard, he said: “You would need an ­investigation to establish that.”
And asked if it was true that a file of evidence naming politicians as suspects and others was lost, he replied: “I handed the file to an officer and I have no ­knowledge where it went after that.”
Mr Driscoll was yesterday supported by Ms Tapsell, a chairwoman of Lambeth’s social services committee who has ­highlighted sexual abuse of children in the borough’s care for more than two decades.
She said: “When I learned that Clive was being removed, not only from the case but also from Lambeth, I realised that the Met were caving in to political pressure that was far more powerful than Lambeth Council.
“I was aware of allegations about an MP and the Met’s failure to act on those allegations and its apparent desire to silence those who called for them to be investigated fully was deeply shocking to me.
“Council employees who tried to expose staff they suspected of sexual abuse were sidelined and ignored.
“At the same time alleged perpetrators were moved or allowed to leave for financial misconduct or other ­misdemeanours, instead of for the abuse.
“This meant many children never received the justice they deserved.”
After Mr Driscoll’s removal, Ms Tapsell told how she raised fears about the depth of the investigation into sex abuse claims at Brixton’s Angell Road children’s home and South Vale youth assessment centre in West Norwood during a meeting of the Community Police Consultative Group.
She alleges a high-ranking officer later arrived at her home.
Ms Tapsell added: “I doubt whether I was the only person to be visited by a senior police officer in an attempt to warn me off.
“I had cast doubt on the Met’s ­inclination to get to the bottom of the paedophile activity within Lambeth’s care system.
“It had outraged a high ranking officer who had spoken at that meeting. That resulted in an unpleasant visit to my home by another senior officer.
“I have found the minutes of that meeting in the archives of Lambeth’s CPCG but no mention is made of the high-ranking officer’s contribution and the tape recording is also missing.”
Labour MP John Mann, a former Lambeth councillor, said last night: “It is essential that an outside force conducts a full investigation into these claims.”
Mr Driscoll, who has had a ­distinguished career in the Met for three decades, told how disciplinary proceedings – known as a regulation 15 notice or a 163 form – were started against him after he named the ­politicians in a ­confidential meeting with council ­officials in the late 90s.

8 Responses to “Names of paedophile MPs covered up by Police”