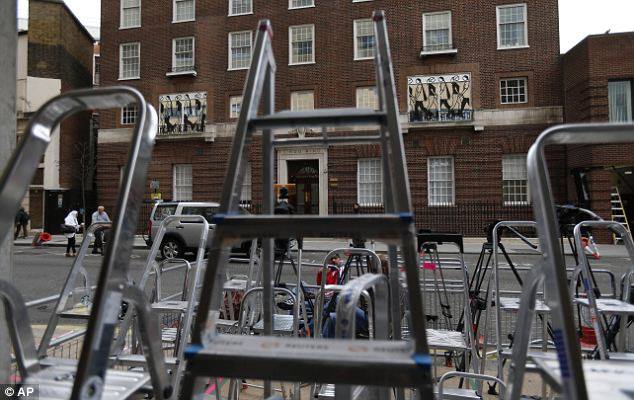 Why the Press arrangements outside the Royal’s favourite London hospital?  Maybe a baby is due…. 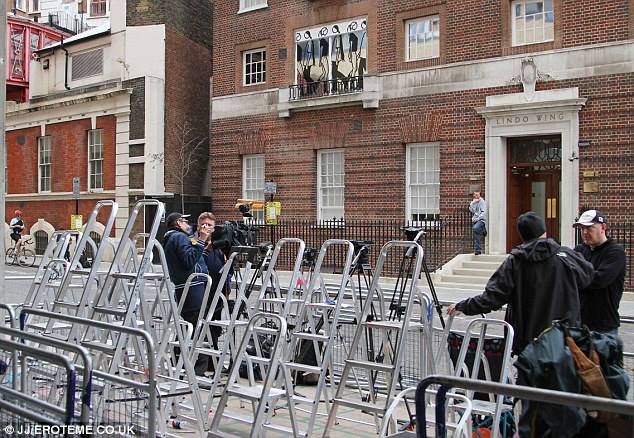 erecting a colossal press pen as well as steel barriers throughout the street of st marys hospital…..the world waiting for the royal baby ….so looks like its popping out soon , eh?
Anonymous said…
When the baby or babies do pop out the MSM coverage will be immense. To be honest, babies are born everyday to families… what makes the Windsors so special?

This distraction is the Public Relations companies wet dream.

Anything could be going on in the background which our politicians will use to their advantage whilst the unsuspecting public will focus on Kate’s baby/babies.

Never take your eye off the ball.

and the baby was a girl.
a cath olick queen she will bee.
a rothschild of dna.
so celebrate you poor scum.
this is your life.
cheering amazing brilliant init.
andy murray with the help of the mi5 will win the tennis.
all the good folks ran away early they nose the score.
thomas hamilton in hell will cheer murray on sa vile 2.
george robertson will stroke himself with glee.
hurrah
for the next catholic queen.
rejoice for the scot fuck wit murray.
another tavistock triumph.

TAP –  Manufactured euphoria and manufactured terror in quick succession.  Both a distraction.  War to follow.  Chemtrails.  GMOs.  The depopulation agenda requires the population to be mentally dumbed down and distracted, and rendered incapable of opposition.

4 Responses to “Kate’s baby about to surface?”