With DEEP and BIG SIGHS!!!
Still finding it the most ‘admirable’ of your Unique Selling Points that Google censors your ‘most damaging’ posts!
KEEP GOING!!!
Sabine
www.victims-unite.net
www.wewhoopposedeception.wordpress.com
Dying vet’s ‘fuck you’ letter to George Bush & Dick Cheney needs to be read by every American
03.19.2013
11:11 am 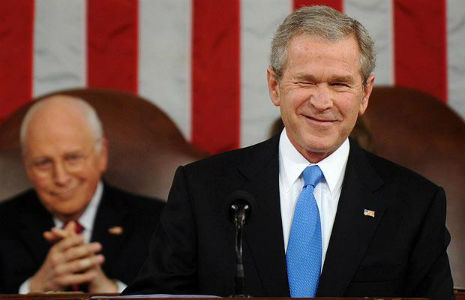 To: George W. Bush and Dick Cheney
From: Tomas Young

The Crucifixion of Tomas Young (TruthDig)
*COPYRIGHT NOTICE** In accordance with Title 17 U. S. C. Section 107,
any copyrighted work in this message is distributed under fair use
without profit or payment to those who have expressed a prior interest
in receiving the included information for nonprofit research and educational purposes only.[Ref. http://www.law.cornell.edu/uscode/17/107.shtml ]

“I DO SOLEMNLY SWEAR (OR AFFIRM) THAT I WILL SUPPORT AND DEFEND THE CONSTITUTION OF THE UNITED STATES AGAINST ALL ENEMIES, FOREIGN AND DOMESTIC; THAT I WILL BEAR TRUE FAITH AND ALLEGIANCE TO THE SAME; AND THAT I WILL OBEY THE (CONSTITUTIONAL AND LAWFUL) ORDERS OF THE PRESIDENT OF THE UNITED STATES AND THE (CONSTITUTIONAL AND LAWFUL) ORDERS OF THE OFFICERS APPOINTED OVER ME, ACCORDING TO REGULATIONS AND THE UNIFORM CODE OF MILITARY JUSTICE. SO HELP ME GOD.”
All laws which are repugnant to the Constitution are null and void.” Marbury vs. Madison, 5 US (2 Cranch) 137, 164, 176. (1803)
“Where rights secured by the Constitution are involved, there can be no rule making or legislation which would abrogate them.” Miranda vs. Arizona, 384 U.S. 436, 491.
“An unconstitutional act is not law; it confers no rights; it imposes no duties; it affords no protection; it creates no office; it is in legal contemplation, as inoperative as though it had never been passed.” Norton vs. Shelby County, 118 US 425, 442.
The Tap Blog is a collective of like-minded researchers and writers who’ve joined forces to distribute information and voice opinions avoided by the world’s media.

5 Responses to “Help for heroes? Stop kidding yourself. Here’s the reality.”