This story comes from Mike Clancy, an old friend from Manila who was thrown out of the Philippines for reasons I’m still not quite clear about, but he offended one of the corporate cartels in some way.  He was getting too successful as a political commentator, being quoted in many Manila newspapers in opposition to government policies, and the elites decided it was time he left.  He now lives in Queensland. 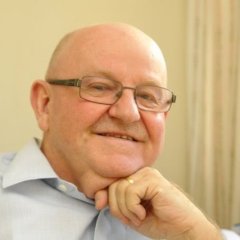 This story gets across the way the world works if you’re not one of the moneyed classes.  There are other similar stories on Mike’s blog, Working with words.  I find his stories read like thrillers.   But this is real life – not so many happy endings.  Where else do these people get a chance for their voices to be heard?

Thelma was a bright young woman, college educated at the Davao Campus of the University of the Philippines. She had worked as an elementary teacher in her native hometown of Marawi in Lanao de Sur before, at the age of 35 and still single, she decided that the time had come to seek her fortune overseas.
She chose to work in Abu Dhabi since she had heard of exciting developments there and that this was the preferred destination these days for many young Filipino women such as herself. Her confidence was strengthened after talking to a local recruitment agency. The woman who interviewed her was herself a former OFW who had worked in the United Arab Emirates (UAE) and painted a glowing picture of a life there that Thelma had so far only dreamed about. It took some time to convince her family but eventually they agreed; perhaps because she had promised to send home a part of her salary on a regular basis that would enable her parents (with whom she still lived) to finally build a more substantial home than the timber and straw structure that they had been the family dwelling for several generations.
She was almost 38 years old when she finally arrived in Abu Dhabi to work as a domestic helper for her Arab sponsor, a businessperson of some means who owned and managed a number of investment properties in Abu Dhabi and the nearby financial centre of Dubai.

One Response to “Escape from white slavery”