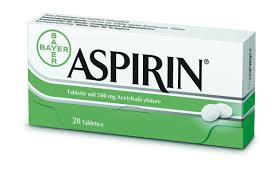 Bayer and US Government Knowingly Gave HIV to Thousands of Children

What if a company that you thought you could trust, knowingly sold you a medicine for your child that they knew had the potential to give your child HIV? How would you react? What if a government agency that claims the responsibility for protecting you from such treachery, not only looked the other way, but was complicit in this exchange?
Everyone has heard of Bayer aspirin, it is a household name. Bayer AG also manufactures numerous other products, from pesticides to medicine for hemophiliacs called Factor 8.
In 1984 Bayer became aware that several batches of this Factor 8 contained HIV. They knew this because there was an outbreak of HIV among hemophiliac children, and this outbreak was traced back to Bayer.
Unable to sell their Factor 8 in the US, Bayer, with the FDA’s permission, (yes that’s right, the FDA allowed Bayer to potentially kill thousands) sold this HIV infected medicine to Argentina, Indonesia, Japan, Malaysia, and Singapore after February 1984, according to the documents obtained by the NY Times. The documents showed how Cutter Biological, a division of Bayer, shipped more than 100,000 vials of unheated concentrate, worth more than $4 million, after it began selling the safer product.
The result of this sale of HIV tainted medication ended up infecting tens of thousands and killing thousands. Thousands of innocent children and adults have died at the hand of this corporation and no punitive action has been taken against them. The health department leaders in Argentina, Indonesia, Japan, Malaysia, and Singapore were all imprisoned, while the US FDA continues down its hellish path.
When asked about the sale of the tainted Factor 8, Bayer responded, ”Decisions made nearly two decades ago were based on the best scientific information of the time and were consistent with the regulations in place.” This can be interpreted as Bayer asking the FDA for permission to murder children for profit and the FDA giving its approval. According to the NY Times, the Food and Drug Administration’s regulator of blood products, Dr. Harry M. Meyer Jr., asked that the issue be ”quietly solved without alerting the Congress, the medical community and the public.”
No one in the government nor Bayer have been charged with anything in regards to this matter. Bayer continues to sell its Factor 8 medication to this day.
http://www.realfarmacy.com/bayer-and-us-government-knowingly-gave-hiv-to-thousands-of-children/#2AFiC9asMFUARSBP.01

The German-based multinational Bayer has had a busy year, pleading guilty to defrauding the Medicare system out of approximately $100 million dollars. Their scheme was both deliberate and complex, with the company providing the federal government with false pricing information for prescription drugs, preventing Medicare from obtaining current discount prices.
Bayer also got busted this year by The Times of London for using British college students as guinea pigs in a rather crude pesticide study. Between 1998 and 2000, Bayer paid college students roughly $450 each to ingest their Baygon pesticide. When the students showed no short-term ill effects, Bayer argued that the British government should loosen restrictions on the use of pesticides. Most pesticide damage, however, is long term, including central nervous system damage, cancer and birth defects in offspring. This reality, of course, doesn’t bode well for the students involved in Bayer’s “study.” Antics like this make it hard to forget that Bayer’s parent company, I.G. Farben, was involved in similar acts of “science” carried out in Nazi-era concentration camps.

Bayer was also active this year settling lawsuits over deaths and injuries resulting from the use of their anti-cholesterol drug, Baycol. Especially embarrassing for the company was a New York Times piece documenting that they knew their drug was linked with causing a deadly muscle disorder, but kept it on the market none-the-less. In a similar story, The Times reported that Bayer knowingly sold a blood-clotting medication that was tainted with HIV+ blood cells in the mid 1980s, infecting hemophiliacs with AIDS. It turns out that they fixed the problem, but continued to sell the old tainted formula overseas until the supply ran out.