This hypothesis was also demonstrated in a 2012 study published in the journal Appetite,11 which showed that saccharin andaspartame both cause greater weight gain than sugar. Rats were fed plain yogurt sweetened with either aspartame, saccharin, or sugar, plus their regular rat chow, for 12 weeks.

“Results showed that addition of either saccharin or aspartame to yogurt resulted in increased weight gain compared to addition of sucrose, however total caloric intake was similar among groups,” the researchers write.12

The reason for the similar calorie consumption between the groups was due to increased chow consumption by the rats given artificially sweetened yoghurt. This type of compensation has been found in previous studies13 as well, indicating that when your body gets a hit of sweet taste without the calories to go with it, it adversely affects your appetite control mechanisms, causing increased food cravings. That’s all good and well, and mounting research appears to support this “metabolic derangement” hypothesis.
However, Dr. Gupta falls short when it comes to the overall health hazards of artificial sweeteners—completely dismissing the inherent toxicity of artificial sweeteners like aspartame. He even claims that there’s “no evidence of a link” between aspartame and cancer, stating that aspartame has been on the market since the 60’s and no such link has been shown in the 40 years since. I guess it’s really a matter of looking at the available evidence. 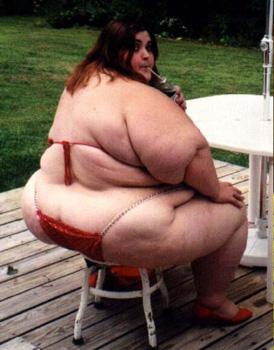 Not only have studies showing a cancer link been published in recent years, but during our 40-year long “war on cancer,” cancer rates have in fact increased despite scientific advances in treatment, and now surpass heart disease as the number one killer of Americans under the age of 85.14 The reason for this is still under debate, as no particular industry wants to take responsibility for their contribution to toxic overload in the population at large…In my view however, I believe it is irresponsibly negligent to flatly ignore the potential impact of artificial sweeteners on our skyrocketing disease rates. Telling people to consume a toxic agent “in moderation” is just not good advice in my opinion.
As for the potential cancer link, one lifetime feeding study published in 201015 found that aspartame induced cancers of the liver and lung in male mice. It was also carcinogenic in male and female rats. Another study of great importance was published just last year. It’s the most comprehensive and longest human study— spanning 22 years — that has ever looked at aspartame toxicity. The study evaluated the effect between aspartame intake and cancer, and they found a clear association between aspartame consumption and non-Hodgkin’s Lymphoma and leukemia.
Recent research has also demonstrated that aspartame worsens insulin sensitivity to a greater degree than sugar, which is quite the blow for diabetics who obediently follow the recommendation to switch to diet sodas to manage their condition. The researchers used a dosage of aspartame that approximates the ADI for aspartame in the US (approx. 50 mg/kg body weight), and not only was aspartame found to decrease insulin sensitivity compared to controls, it also wrought havoc on brain function.
http://articles.mercola.com/sites/articles/archive/2013/07/24/diet-soda-dangers.aspx?e_cid=20130724_DNL_art_1&utm_source=dnl&utm_medium=email&utm_content=art1&utm_campaign=20130724
The Tap Blog is a collective of like-minded researchers and writers who’ve joined forces to distribute information and voice opinions avoided by the world’s media.