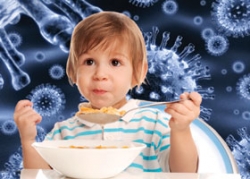 The “chemtrails” we are all too familiar with after a 15-year dose continue to inflict eye infections, nosebleeds, skin sores, muscle pain, chronic exhaustion, weakened immunity, acute asthma and allergies, short-term memory loss and heart attacks on people in more than a dozen countries. [Chemtrails Confirmed 2010 by William Thomas]
Aluminum oxide impacts more than the atmosphere. The BBC reported a furor among Italians complaining of illness after allied warplanes dropped radar-scattering aluminum chaff upwind over nearby Yugoslavia during intense Depleted Uranium air strikes there.
The Italians had their medical facts right. Aluminum is a neurotoxin capable of dulling concentration and reasoning ability. By blocking nerve impulses from being properly conducted to and from the brain, dizziness, memory loss, impaired coordination, involuntary tremors, speech disorders and a loss of balance and energy are also cited in medical texts as indicators of aluminum poisoning.
“At one time it was thought to precipitate Alzheimer’s disease, but more recent research has shown it is almost certainly unrelated. There is little evidence for chemical toxicity or for effects at levels below the nuisance dust limit,” MD Dan Woodard points out.
But calcium-leaching aluminum ingestion is linked to osteoporosis, as well as gastrointestinal problems, weak and acing muscles, headaches, lethargy, fatigue and flu-like symptoms that leave the body vulnerable to opportunistic infections.
And there is no Recommended Daily Requirement for ingesting toxic barium sprayed over watersheds. 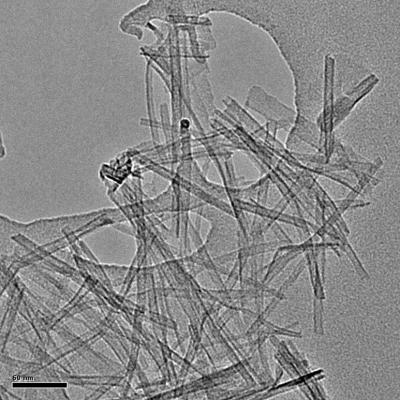 “TINY PARTICLES CAN KILL“
But it does not take chemical poisoning to make people exposed to aerosol fallout very ill indeed. Basing recent conclusions on more than 3,000 new health studies published since 1997, the EPA warns of a strong link between dust-size particles and “tens of thousands of deaths annually from both respiratory and coronary disease,” reports the New York Times. [New York Times Oct 14/06]
Two key studies from the early 1990’s by the Harvard School of Public Health and the American Cancer Society found strong links between high levels of small particles and a rise in death rates. In an article headlined, “Tiny Particles Can Kill” the New Scientist pointed to findings among adults in six cities over 16 years, which found that “city-dwellers in Europe and the U.S. are dying young because of microscopic particles in the air.” [New Scientist Aug 5/00]
According to the LA Times, microscopic aerosols motes “are able to infiltrate the tiniest compartments in the lungs and pass readily into the bloodstream” – where they can migrate to inflame tissues and cells. Particles in the lower size range called for by the Hughes aerosol spray patent are “most strongly tied to illness and early death, particularly in people who are already susceptible to respiratory problems.”
When 10-micron particles are inhaled into the lungs, “they are able to penetrate into the cells themselves,” says Dr. Ralph Delfino, an epidemiologist at UC Irvine, who helped conduct the latest study.
“After they reach the heart, the particles are thought to cause a stress reaction in cells, producing inflammation that contributes to heart disease. The particles also may cause blood clots,” theLA Times reported. [Los Angeles Times Dec 29/03]
“Exposure to a class of airborne pollutants known as Particulate Matter is an environmental health risk of global proportions,” declare Verones and Oortgiesen of the EPA’s Neurotoxicology Division. “PM is thought to initiate and/or exacerbate respiratory disorders, such as asthma and… and is epidemiologically associated with causing death in the elderly, and those with pre-existing respiratory, or cardiopulmonary disease.” [Health Risks Of Aerosoled Particulates PubMed Abstract; Neurogenic Inflammation And Particulate Matter (PM) Air Pollutants Neurotoxicology Division, US EPA]
Yet, under intense political pressure, the EPA went on to reject recommendations by its own Clean Air Scientific Advisory Council urging tighter federal standards regulating 10 micron particles. [New York Times Oct 14/06]
If particulate fallout 10 microns or smaller results in a 5% increased death rate within 24 hours, what’s in store for us with the new nano-version? 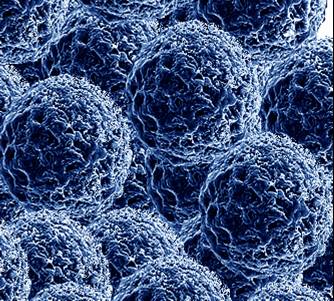 NANO PARTICLES ON THE BRAIN
Nano-researcher Jim Giles describes nanoparticles as “tiny lumps of matter that… can travel to the brain after being inhaled. [Nature.com Jan 5/04]
Specifically, inhaled nanoparticles make a beeline for the olfactory bulb, an area of the brain that deals with smell. They tend to accumulate and clump there. A surprised toxicologist at the University of Edinburgh, Ken Donaldson, says, “I would never have thought of looking for inhaled nanoparticles in the brain.”
U. of Edinburgh researchers are also looking at the effects of nanoparticles on the liver.
As Dr. Celine Filippi observed, “Nanoparticles delivered into the lungs crossed the lung barrier and entered the blood. Particles in the blood can reach the liver, amongst other organs.”
Owning The Weather In 2025 and Hall’s Overview of Nanotechnology both appeared in 1995. Since its Frankenstein infancy, nanotech has gone exponential. [nanotech-now]
HANK CALLS
Right on cue, my trusted inside informant I’ve dubbed “Hank” called. The term “nano-chemtrails” on my website had caught his attention.
“They have them,” he confirmed. The U.S. Air Force has added nanoparticles to the aerosol mix and sprayed them into the air to demonstrate “proof of concept.“ According to this insider, the USAF has already sprayed tens of tons of nanoparticles. Since it would take of bundle of 80,000 human hairs to make a single nanoparticle… “tens of tons” goes a long, long way.
Fortunately for all air-breathers, most of this experimental nanocrap is still circulating overhead, attached to molecules of oxygen by O2’s ionic charge. With nanoparticles made buoyant by piggybacking on oxygen particles, “you can deploy them out of a plane to stay in the stratosphere – or any other atmospheric strata,” Hank went on.
“Everything is frequency. The higher frequency stuff is higher up. HAARP can ping them at a specific frequency. The problem they’re having now is the particles are microscopic and have a mind of their own.  Computer programmable nanoparticles have been made. They do exist. Others act without computer control.”
Each aerial “laydown” of nanoparticles is so buoyant, “it travels worldwide. Some of it comes down. Whatever it’s exposed to up there it brings down here. We get exposed to it. We breathe it in, we ingest it…The blood-brain barrier is a one-way door.” [New York Times Oct 14/06; Neurotoxicology Division, US Environmental Protection Agency; Space.com Oct 31/05; globalresearch.caOct 21/07; Chemtrails Confirmed; Weather as a Force Multiplier: Owning The Weather 2025; interviews with military insider]
Slam the door on geoengineering now! 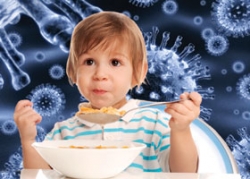 4 Responses to “Aluminium for dinner again?”