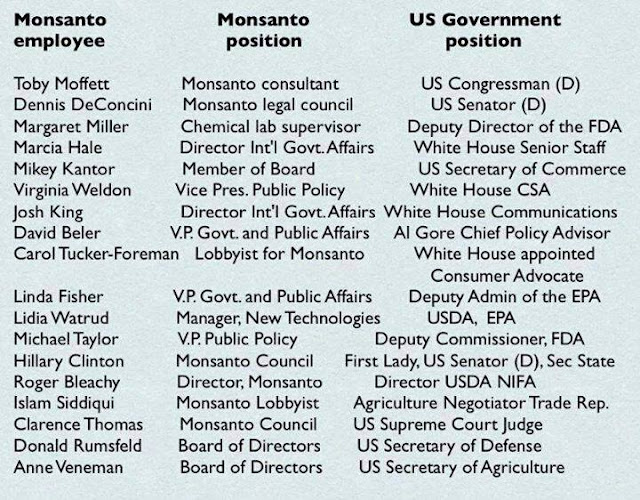 On May 31 world media headlines read similar to this from Reuters: “Monsanto backing away from GMO crops in Europe.” The original source for the story is attributed to a German left daily, TAZ which printed excerpts from an interview with an official spokeswoman of Monsanto Germany.
Ursula Lüttmer-Ouazane reportedly told Taz “We’ve come to the conclusion that this has no broad acceptance at the moment.”

Her remarks were circulated worldwide and Reuters interviewed Monsanto corporate spokesman Thomas Helscher who reportedly said,
“We’re going to sell the GM seeds only where they enjoy broad farmer support, broad political support and a functioning regulatory system. As far as we’re convinced this only applies to a few countries in Europe today, primarily Spain and Portugal.” [1]

Before the world opens the champagne to celebrate the death of GMO and its paired herbicides such as Roundup, it is worthwhile to look more closely at what was officially said.

What Monsanto itself says

Translated, the essential part says,
”Right now the media is flooded with reports that Monsanto has stopped the marketing of GMO seeds in Germany and the EU. That is not correct…”

Then on the parent website of Monsanto in St. Louis, the following statement appears:
“We have a robust business selling high-quality, conventional corn, oilseed rape and vegetable seeds to our farmer customers in Europe. We’ve been telling people in Europe for several years now that we’ll only sell biotech seeds where they enjoy broad farmer support, broad political support and a functioning regulatory system. These conditions apply only to a few countries in Europe today, primarily Spain and Portugal. As Hugh Grant, our CEO told the Financial Times in 2009, ‘Europe’s going to make up its own mind in its own time.’ The only GM trait grown in Europe today is a corn resistant to the European corn borer, an insect that can do considerable damage to crops. Its cultivation accounts for less than 1% of the all corn cultivated in Europe (by hectares).” [3]

Both statements are worth closer attention.

First the German statement is a bit different from the US version. It officially denies as false the press reports that they have ceased marketing of GMO seeds in the EU.

Second, their statement that they concentrate on breeding and sale of conventional seeds and plant protection chemicals is nothing other than a description of what the present status of Monsanto sales in the EU, nothing more. Because of the limited use so far of Monsanto GMO seeds in the EU, Monsanto business by definition is focuses now where it earns money.

However the “plant protection chemicals” Monsanto refers to are primarily its own Roundup herbicide, which by license agreement with farmers must be sold paired with all Monsanto GMO seeds, but is also the number one weed killer sold in Europe and the world. It has also been proven to be highly toxic even to human embryo cells.

The US statement has interesting important differences. First it gives no hint of any change in Monsanto policy towards spreading GMO seeds in the EU. It states explicitly they will continue to spread GMO seeds in Spain and Portugal, both EU countries. And it cites chairman Hugh Grant, not to be confused with the Hollywood actor, indicating the company expects the EU to come around on allowing its GMO. And it cites the present status of its GMO corn in the EU. Nothing more. No statement of a stop to GMO in the EU.
Suspicious Timing…

Yet for most of the world who don’t have time to research the official statements of Monsanto but merely glance at a Reuters or TAZ headline, the message has been delivered that Monsanto has given up its EU effort on proliferating its GMO seeds. The timing of the TAZ interview is suggestive of what seems to be a carefully orchestrated Monsanto PR deception campaign. The TAZ original by writer Jost Maurin appeared on the same day, May 31, less than one week after March against Monsanto , a worldwide protest demonstrations against Monsanto, took place in more than 400 cities in some 52 countries around the world. [4] The TAZ article that was then used as reference for all world media after, appeared under the emotional and factually misleading headline: Sieg für Anti-Gentech-Bewegung: Monsanto gibt Europa auf (Victory for anti-GMO Movement: Monsanto Gives up Europe).

The March against Monsanto was notable in several key respects. Most alarming for Monsanto and the GMO cartel was the fact that it was the first such demonstration not organized by anti-GMO NGOs such as Greenpeace or BUND or Friends of the Earth. In Germany where this author participated as a speaker in one of the events, it was all organized by concerned activists via facebook. But the NGOs who formally oppose GMO were reportedly nowhere to be found as sponsors or even reportedly as active organizers.

That march presented Monsanto and friends with a frightening new element—the danger that that grass roots anti-GMO protest would spread and make life even more difficult for GMO proliferation in Africa, in China, India, Latin America and of course eastern and western Europe. All indications are that the timing of the well-formulated TAZ interview, notably with a left newspaper openly opposed to Monsanto GMO, was an orchestrated attempt to “manage perceptions” and take the headwind out of the sails of the growing anti-GMO sentiment in the EU and abroad. For the moment, Monsanto has gained a tactical victory in propaganda points as the broad public takes the retreat at face value. As one experienced opponent of Monsanto GMO put it, it bears all the hallmarks of a slick PR campaign, “like a Burson & Marsteller tactic that applies to many controversial bad practices and part of why it works is that it takes a long time to build consumer/activist energy and momentum, whereas the PR-company can start on a very short runway …”

What Monsanto has not done is to recall its already commercialized GMO Maize in the EU, that despite damning independent scientific study of some 200 rats over a two year span showing rats fed GMO maize and Monsanto Roundup herbicide showed dramatically more cancer tumors, higher death rates and organ damage compared with non-GMO-fed rats.[5]

Moreover, Monsanto openly admits it is pushing its way deep into the eastern European market for seeds, though mentioning only conventional seeds. Monsanto Vice President for International Corporate Affairs, Jesus Madrazo,  stated that the company has been focusing  on gaining market share in the conventional corn market in Ukraine, and that Eastern Europe and South America are key growth areas for the company now.

Then in the USA, it has leaked out that Monsanto directly worked with its apparent current favorite US Senator, Roy Blunt, a Republican from Monsanto’s home state of Missouri and one of the major recipients of Monsanto campaign finance, to draft for Blunt an obscure paragraph Blunt got into a spending bill, a bombshell that exempts Monsanto from being sued for any damage its crops or chemicals cause.[6] Called by opponents the Monsanto Protection Act, many members of Congress were apparently unaware that the Monsanto Protection Act was a part of the spending bill that they were voting on. The Monsanto bill, signed into law by President Obama despite hundreds of thousands of protest petitions not to, essentially gives Monsanto and other GMO purveyors legal immunity, even if future research shows that GMO seeds cause significant health problems, cancer, anything. The federal courts no longer have any power to stop their spread, use, or sales. [7] The only other corporations in the US enjoying such outrageous legal immunity are the pharmaceutical vaccine makers.
The Tap Blog is a collective of like-minded researchers and writers who’ve joined forces to distribute information and voice opinions avoided by the world’s media.