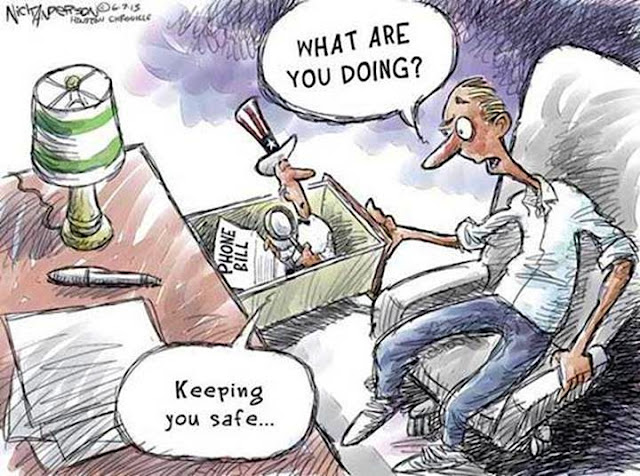 You need early Windows 95 or its predecessors to not have an NSA backdoor.

Duncan Campbell 04.09.1999
Careless mistake reveals subversion of Windows by NSA.
A CARELESS mistake by Microsoft programmers has revealed that special access codes prepared by the US National Security Agency have been secretly built into Windows. The NSA access system is built into every version of the Windows operating system now in use, except early releases of Windows 95 (and its predecessors). The discovery comes close on the heels of the revelations earlier this year that another US software giant, Lotus, had built an NSA “help information” trapdoor into its Notes system, and that security functions on other software systems had been deliberately crippled.
The first discovery of the new NSA access system was made two years ago by British researcher Dr Nicko van Someren. But it was only a few weeks ago when a second researcher rediscovered the access system. With it, he found the evidence linking it to NSA.
Computer security specialists have been aware for two years that unusual features are contained inside a standard Windows software “driver” used for security and encryption functions. The driver, called ADVAPI.DLL, enables and controls a range of security functions. If you use Windows, you will find it in the C:Windowssystem directory of your computer.
ADVAPI.DLL works closely with Microsoft Internet Explorer, but will only run cryptographic functions that the US governments allows Microsoft to export. That information is bad enough news, from a European point of view. Now, it turns out that ADVAPI will run special programmes inserted and controlled by NSA. As yet, no-one knows what these programmes are, or what they do.
Dr Nicko van Someren reported at last year’s Crypto 98 conference that he had disassembled the ADVADPI driver. He found it contained two different keys. One was used by Microsoft to control the cryptographic functions enabled in Windows, in compliance with US export regulations. But the reason for building in a second key, or who owned it, remained a mystery.
A second key
Two weeks ago, a US security company came up with conclusive evidence that the second key belongs to NSA. Like Dr van Someren, Andrew Fernandez, chief scientist with Cryptonym of Morrisville, North Carolina, had been probing the presence and significance of the two keys. Then he checked the latest Service Pack release for Windows NT4, Service Pack 5. He found that Microsoft’s developers had failed to remove or “strip” the debugging symbols used to test this software before they released it. Inside the code were the labels for the two keys. One was called “KEY”. The other was called “NSAKEY”.
Fernandes reported his re-discovery of the two CAPI keys, and their secret meaning, to “Advances in Cryptology, Crypto’99” conference held in Santa Barbara. According to those present at the conference, Windows developers attending the conference did not deny that the “NSA” key was built into their software. But they refused to talk about what the key did, or why it had been put there without users’ knowledge.
A third key?!
But according to two witnesses attending the conference, even Microsoft’s top crypto programmers were astonished to learn that the version of ADVAPI.DLL shipping with Windows 2000 contains not two, but three keys. Brian LaMachia, head of CAPI development at Microsoft was “stunned” to learn of these discoveries, by outsiders. The latest discovery by Dr van Someren is based on advanced search methods which test and report on the “entropy” of programming code.
Within the Microsoft organisation, access to Windows source code is said to be highly compartmentalized, making it easy for modifications to be inserted without the knowledge of even the respective product managers.
Researchers are divided about whether the NSA key could be intended to let US government users of Windows run classified cryptosystems on their machines or whether it is intended to open up anyone’s and everyone’s Windows computer to intelligence gathering techniques deployed by NSA’s burgeoning corps of “information warriors”.
According to Fernandez of Cryptonym, the result of having the secret key inside your Windows operating system “is that it is tremendously easier for the NSA to load unauthorized security services on all copies of Microsoft Windows, and once these security services are loaded, they can effectively compromise your entire operating system”. The NSA key is contained inside all versions of Windows from Windows 95 OSR2 onwards.
“For non-American IT managers relying on Windows NT to operate highly secure data centres, this find is worrying”, he added. “The US government is currently making it as difficult as possible for “strong” crypto to be used outside of the US. That they have also installed a cryptographic back-door in the world’s most abundant operating system should send a strong message to foreign IT managers”. “How is an IT manager to feel when they learn that in every copy of Windows sold, Microsoft has a ‘back door’ for NSA – making it orders of magnitude easier for the US government to access your computer?” he asked. Can the loophole be turned round against the snoopers?

Last summer I got contacted by a Microsoft programmer, who blew the whistle on Microsoft intentionally sabotaging the operating system, and then running closed code to conceal to the majority just how penetrable the operating system is for a chosen few. This programmer went on to say that for a price, if one Jewish corporation was in a battle against a non Jewish corporation, Microsoft would provide information about intentional back doors built into the competitor’s computers, so that the zionist company could go in and entirely rape their data.

He also went further, and said that both McCaffee and Norton work closely with Microsoft, and build additional back doors competitors can exploit the same way and that these security suites do nothing to plug Microsoft’s back doors and instead provide a different flavor of method for raping data, (the difference being like your preference for either Word or Wordperfect). In the same way Microsoft will allow a system rape, these additional paid for back doors can be used to destroy individuals by allowing ordinary priviledged people full access to your system, even if they are not an intelligence agency at all. Bottom line? The only secure system is a small fully open source Linux system that you can read through yourself and verify secure. Any Microsoft O.S. is as intentionally penetrable as your cell phone, which is also inevitably the product of a zionist corporation.
http://www.jimstonefreelance.com/fullnsa.html
The Tap Blog is a collective of like-minded researchers and writers who’ve joined forces to distribute information and voice opinions avoided by the world’s media.