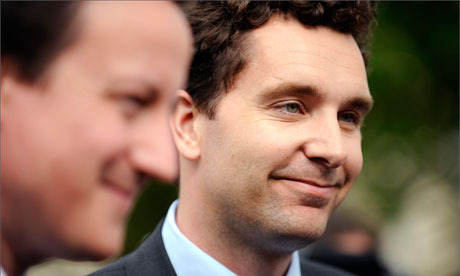 THE PAEDOFILE: Slog double-header special….Part 1, how a long-term core member of the childcare system is in charge of reforming it….

….and surprise surprise, is walking away from the problem.

In a two-part Paedofile Special today and tomorrow, The Slog focuses on a key weakness in the chain of hunting down systemic paedophiles: the Party loyalties,  denial, and protective Establishmentarianism of those we elect to rise above such things. Today, I examine the ideas of current Parliamentary Under-Secretary of State for Children Edward Timpson. My thesis here is very straightforward and well-evidenced: he is a direct lawyer/bureaucrat transplant from the very system he is supposed to be reforming. And he isn’t tackling the most important issue for most reformers: systemic child-abuse and trafficking exploitation.
When I met up with the LibDem MP John Hemmings last January, his advice on the subject of systemic childcare abuse was “talk to your MP about it”. We saw how, in a recent post on the subject, telling Rochdale MP Simon Danczuk about a repeated offender got the constituent nowhere. Surprise surprise, the offender – later convicted and given a long prison sentence – was a prominent member of Danczuk’s local Labour Party.
Now another case of, shall we say ‘conflict of interest’, has come to my notice. Conservative MP Edward Timpson isn’t just any old backbencher. He isn’t even just any old Junior Minister. Since September 2012, he has been Parliamentary Under Secretary of State for Children and Families. So you’d think he might be a bloke one should talk to about systemic child abuse.
You would particularly expect that to be the case, because an occasional colleague of mine heard Timpson give evidence to a recent enquiry, at which he was bragging about ‘exporting’ our wonderful system to Barbados.
Well now, I wonder why Eddie thinks a system with a nonstop record of abuse, mysterious death and client suicide should be lauded by him as being ‘wonderful’?
Perhaps it might be on account of Timpson having practised as a family lawbarrister in Cheshire courts, specialising in the cases of vulnerable children. Or because Timpson was also Vice Chairman for the Run-away and Missing Children Group. Or because Timpson sat on the Children, Schools and Families Select Committee.
Even likelier, I suspect, it’s because Timpson was Chairman of the All-Party Parliamentary Group on Adoption and Fostering. Indeed, now he’s in office, Timpson lists as two policy priorities ‘Supporting social workers providing help and protection to children’ and ‘adoption, fostering and residential care home reform’.
Mr Timpson thinks there should be a lot more fostering. Mr Timpson and his wife have been foster carers for 29 years.
Edward Timpson is the personification of a system that fails. No wonder he speaks in favour of it. But what I wonder is this: do you put a core and senior member of a failing system into a key role in reforming it? To which I suspect the answer is, “You do if you don’t want anything to be done”.
http://hat4uk.wordpress.com/

TAP – bit of a Blair clone if you ask me.   Illegitimate Rothschilds at work in the state child seizure program.  That’s assuming Jacob and Tony are related, which some have suggested.

One Response to “Edward Timpson is Tory’s head child stealer”