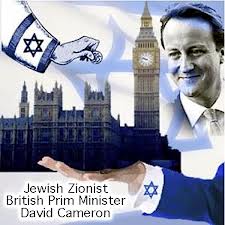 (LONDON) – Ten years ago Tam Dalyell, the ‘Father of the House’ (i.e. the most senior member of the House of Commons in the British Parliament), sparked a huge row by accusing the then Prime Minister, Tony Blair, of “being unduly influenced by a cabal of Jewish advisers”http://www.telegraph.co.uk/news/uknews/1429114/Fury-as-Dalyell-attacks-Blairs-Jewish-cabal.html.
In an interview with Vanity Fair, Dalyell named Lord Levy (Blair’s personal envoy on the Middle East), Peter Mandelson (whose father was Jewish), and Jack Straw, the Foreign Secretary (who has Jewish ancestry), as three of the leading figures who had influenced Blair’s policies on the Middle East.
He told The Telegraph: “If it is a question of launching an assault on Iran…. then one has to be candid.” Blair, he said, was also indirectly influenced by Jewish people in the Bush administration, including Richard Perle, a Pentagon adviser, Paul Wolfowitz, the deputy defence secretary, and Ari Fleischer, the President’s press secretary.
Dalyell’s remarks were sad and unfounded, said Lord Janner, chairman of the Holocaust Education Trust. “Tony Blair is his own man. He will follow advice if he considers it correct and not otherwise. He has been a good friend of the Jewish people and the Jewish state.”
Dalyell was misguided, said Rabbi Dr Jonathan Romain, a spokesman for Britain’s Reform Synagogues. “Concerning Iraq it was crystal clear that Tony Blair was not swayed by popularity or anyone else but by his own deep convictions. It is also obvious that the majority of President Bush’s circle are Christian Evangelicals rather than Jews.”
Ned Temko, the American-born editor of the Jewish Chronicle, said: “I just think these sort of comments are offensive and are a profound misunderstanding of the way foreign policy is made in the United States or here.”
Dalyell also told The Scotsman on Sunday http://www.scotsman.com/news/politics/top-stories/dalyell-zionist-cabal-runs-policy-on-israel-1-1385178: “Blair and Straw have become far too close to these people and Lord Levy, who is an unaccountable ambassador in the Middle East, is part of this group. They are acting on an extremely Zionist, Likud-nik agenda. In particular I am concerned that some of them are pushing for an attack on Syria, for reasons of Israeli security. “MP Louise Ellman, a member of the Inter-Parliamentary Committee Against Anti-Semitism, said: “This absurd proposition implies a Jewish plot in high places…”
Former Foreign Secretary Sir Malcolm Rifkind, a senior member of Scotland’s Jewish community, was rudely dismissive: “We all know that Tam gets bees in his bonnet and eight times out of 10 they are nuts but the other two are brilliant. This is, I’m afraid, one of the nutty ones.”
Next day the Guardian reported that Dalyell could face an investigation for inciting racial hatred http://www.guardian.co.uk/uk/2003/may/05/iraq.politics. Eric Moonman, president of the Zionist Federation, was seeking advice on whether there was a case for referral. “I believe there is,” he said.
Today it is obvious that old Tam was neither nutty nor misguided. He joined the dots and saw the danger, as did many others.

Meanwhile the Jewish cabal flourishes. A week ago Ian Livingston was handpicked by prime minister David Cameron for the trade minister job. Cameron, who had previously broken with traditional wisdom and appointed the first Jewish ambassador to Israel, was reported by an ecstatic Times of Israel as having now decided to bring into the government possibly its most committed Jew yet, and certainly its most outspoken supporter of Israel, which Livingston called “the most amazing state in the world.”
Livingston is not elected. He’s appointed… and created a Lord to make it look kosher.
The newspaper went on to name other top Jewish figures in the Conservative party such as co-chairs Lord Feldman and Grant Shapps MP, senior treasurer Howard Leigh, a member of the Jewish Leadership Council; and former party treasurers Richard Harrington MP and Lord Fink, another member of the JLC.
“There are so many Jews at the top of Britain’s Conservative party, Prime Minister David Cameron once quipped, that it should be known as the Torah party rather than the Tory party,” crowed the paper.
And to make the Prime Minister feel thoroughly at home in his Torah party a Jewish scholar, after tracing Cameron’s ancestry, claimed he could be “a direct descendant of Moses or, at least, a cousin”.
http://www.salem-news.com/articles/june282013/torah-london-sl.php

Hi Henry,as always I enjoy reading your blog.Re Cameron,I do not know if you are aware that his mother is Jewish and as Jewish society is matrilineal,that makes him Jewish. Colin

6 Responses to “David Cameron a direct descendant of Moses”