It is well known and documented that long-term exposure to air pollution consisting of particulate matter significantly increases the risk of dying from lung cancer and heart disease. Over many years, the danger of breathing soot-filled air is comparable to the health risks associated with long-term exposure to second-hand smoke. In 2010 alone, 1,200,000 Chinese were killed by particulate air pollution.

The principle dangers of inhaling particulate matter applies to smoke and second-hand smoke causing lung cancer; coal miner’s lung (anthracosis), a lung disease due to inhalation of coal dust; and baker’s lung, inhaling flour and other allergens causes severe asthma. These dangers can be avoided, while Geoengineering particulate fallout cannot.

On a massive scale Geoengineering will likely result in democide if not stopped completely. According to Professor R.J. Rummel of the University of Hawaii, Democide is the murder of any person or people by a government, including genocide, politicide, and mass murder. Democide does not include soldiers killed in battle. During the 20th Century (1900s) alone, Rummel calculates that government power was used to murder approximately 262,000,000 people. It appears that history is repeating itself with improved technology.

Secondary purposes of Geoengineering include controlling the climate/weather for warfare and profits, and destroying the natural world while furthering the transhumanist/synthetic biology agenda.

The evidence indicates that Geoengineering is an essential element of the elite’s Endgame move to depopulate the planet. The pubic must be educated and the stratospheric spraying stopped immediately. 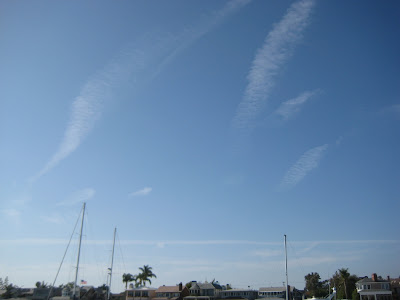 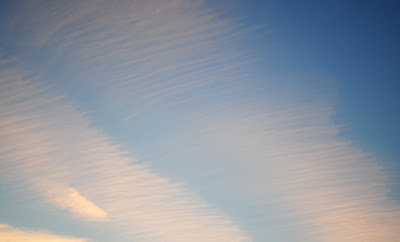 Do Geoengineering and Chemtrails Exist?

For the purposes of this article, “Geoengineering” and “Chemtrails” are defined as a military-industrial complex program, in partnership with private contractors and possibly major airlines, whereby planes spray particulate matter (particles/substances) into the atmosphere that otherwise would not be there.

Simply searching for images and videos of Chemtrails online will quickly provide overwhelming visual evidence demonstrating that they exist all over the world. Thousands of images containing strange aerial spraying formations can be seen in a matter of seconds. Numerous documentaries like What in the World are They Spraying and Why in the World are They Spraying have been watched by millions of people.
There is abundant documentation that Chemtrails exist. TheAir Force’s 1990 Chemtrails chemistry manual is available online for download. Evergreen Aviation admits that it has chemtrail contracts with the Air Force. Exclusive lists ofchemtrail patents are available. Congressman, Dennis Kucinich tried to stop Chemtrails with his Space Preservation Act of 2001.

In 2010 Scientists and Aerospace Engineers presentedconclusive evidence﻿ for Covert Stratospheric Aerosol Geoengineering, (aka “Chemtrails”) in a 336-page report called “Case Orange“. The term “Chemtrails” is in the text of 2001 legislation, (HR-2977) where “Chemtrails” are defined as an “exotic weapon”. The Case Orange report was commissioned by The Belfort Group, who held a “Chemtrail Symposium,” where the conclusions were presented by Aerospace Engineer, Dr. Coen Vermeeren.

Germany and Sweden admit to Chemtrails.

Many military whistleblowers like Kristen Meghan and Ben Livingston have courageously stepped forward to expose Geoengineering. Now, even government entities, such as the State of Texas, openly acknowledge that they are engaged in Geoengineering for weather modification.

Private pilots have taken up-close videos that prove beyond all doubt that the population is being sprayed from planes above without informed consent. There is also video evidence of Chemtrails being turned on, then turned off, then turned back on again.

Scientists and weathermen discuss Chemtrails, and many believe it is the most important topic in the world today.

6 Responses to “Chemtrails are democide. Their purpose is to kill.”