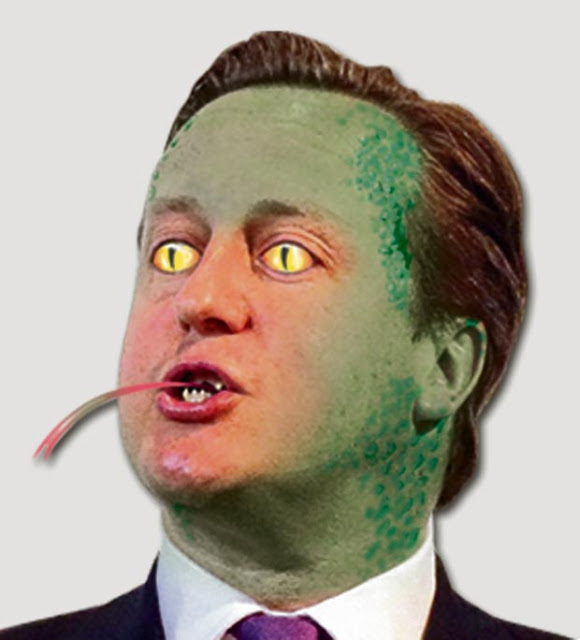 The Sun newspaper writes a spoof article about conspiracy theorists attacking the Bilderberg in Watford at The Grove Hotel.  It seems like nonsense.  Then listen to david Icke talking today.  It seems like it is true.  Make up your own mind.

No one gets to this level of government unless they belong to a secret society which deals in the abuse and torture and killing of children.  No wonder Cameron’s so desperate to stop any enquiries that get close to revealing the truth.

One Response to “Cameron’s a 12 foot lizard – Sun Newspaper”