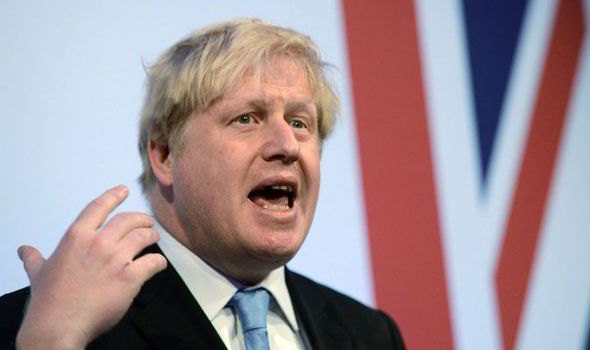 BORIS JOHNSON has issued a stark warned against arming the Syrian rebels, arguing Britain will have no means of preventing UK weapons ending up in the hands of “al Qaida-affliated thugs.”
By: Charlotte Meredith
Published: Mon, June 17, 2013
Boris Johnson warned Britain will have no means of preventing weapons ending up in the wrong hands
Adding to cries of outrage from Vladimir Putin, the Archbishop of York and an ex-Army leader, the London mayor put himself at the head of the growing opposition at Westminster to any move by David Cameron to arm the rebels.

Mr Johnson said Britain could not end the conflict by “pressing weapons into the hands of maniacs”.

The intervention by his old rival is a further headache for the Prime Minister as he prepares to host the G8 summit at Lough Erne in Northern Ireland where Syria will be high on the agenda.

Mr Cameron has voiced his strong support for President Barack Obama who has said the US is to start arming the rebels after concluding that President Bashar al Assad has used chemical weapons against his own people.

However the scale of the opposition among MPs of all parties means Mr Cameron – who has promised a Commons vote on any move by Britain to arm the rebels – will almost certainly find his path blocked if he tries to follow suit.

Is he merely trying to head off UKIP?