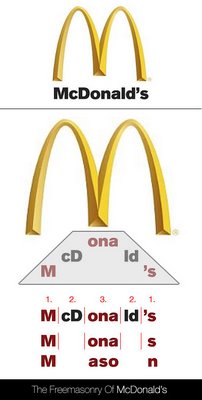 A good book to read, is Fast Food Nation. Reading books and I mean proper books, no Kindle rubbish, is one of life’s great pleasures.

This book covers the story of how fast food started, particularly the hamburger and explains the monstrosity that it has become.

Just don’t buy it from Amazon who don’t pay tax in the UK, try a UK based seller like WH Smith or Waterstones.

COMMENT –
The people behind McDonald’s certainly have an agenda:

A related article3 pointed out the many lies spouted by McDonald’s CEO during this shareholder’s meeting, including but not limited to:

What’s in That Big Mac?

A cross-sectional study of 1,877 adults and 330 school-age kids who regularly ate at fast-food chains revealed that meals consumed at these restaurants were very high in calories, and that both children and adults underestimated the amount of calories their meals contained. As reported by Time Healthland4:

“The investigators collected receipts from the participants in order to calculate how many calories the participants consumed from their meals. They also asked the volunteers to estimate the number of calories they had just ordered. At the time of the study, none of the restaurant chains included calorie information on their menus, as many now do.”

On average, each adult fast-food meal came out to 836 calories, teens’ meals were about 756 calories, and kids consumed a whopping 733 calories in one sitting. But it’s not all about calories per se, because a calorie is NOT a calorie. What matters most is the source of those calories, and this is where fast food fails miserably. The ingredients used simply cannot be compared to whole, unprocessed foods.
As a general rule, “food” equals “live nutrients.” Nutrients, in turn, feed your cells, optimize your health, and sustain life. Obesity, diabetes, high cholesterol, hypertension and heart attacks are hallmark diseases associated with a fast food diet – a CLEAR indication that it does not provide the appropriate nutrition for your body. And, if lack of healthful nutrition isn’t enough of a deterrent, perhaps the fact that some fast foods have been found to be impervious to decomposition, even after more than a decade, will get you to reconsider feeding it to your children.
Thompson denies McDonald’s sells junk food. However, looking at the lists of ingredients in McDonald’s meals, I find this to be an undefendable stance. When you consider the fact that a large number of the ingredients in a fast food meal exist nowhere in nature, but are rather concocted in a lab, it’s just not ‘real food’; it’s junk. As just one example, what kind of bread can lie out for years on end without developing so much as a trace of mold? According to McDonald’s website5, their hamburger buns consist of:

Interestingly, analyzing this list of ingredients offers clues not only for how these buns remain unblemished for years on end, but also to some of the health ramifications you may experience when eating a McDonald’s hamburger. For example, if you’ve ever felt it just “sitting” in your gut like a brick, perhaps the plaster of Paris, aka calcium sulfate6 isn’t quite as digestible as you’d hoped. Or if you’ve had to run to the bathroom shortly after your meal, perhaps the ammonium sulfate and the ammonium chloride are to blame. Both of these chemicals cause gastrointestinal irritation with symptoms such as nausea, vomiting and diarrhea.

Fast food hamburgers are not the only type of heavily processed food that is questionable in terms of whether or not it should be considered real food. The following are just a few more examples, but you get the idea – any time a food is heavily processed, it typically ceases to be beneficial for your child’s health. Many processed foods also contain dangerous MSG, to give the otherwise bland mixture some flavor.