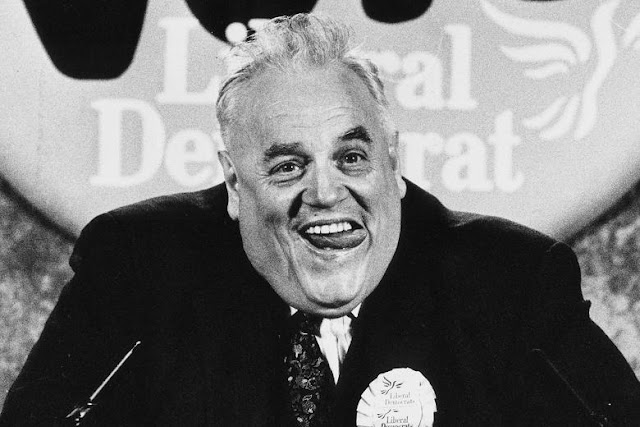 I have had countless surprises and many shocks as I have lifted the stone and seen what horrors lie beneath, but few more than the scale of child abuse and Satanism.

And that’s the  word – scale. The fact that it is happening is one thing, but to realise how widespread and fundamental it is to establishment power all over the world was truly shocking.

A few weeks ago a document came to light in Australia purporting to be a ‘death bed confession’ by a leading Satanist from the ‘top’ coven/lodge in Sydney. It certainly rang true because what it said is supported by my 15 years research into these matters. It said:
‘Politicians are introduced by a carefully graded set of criteria and situations that enable them to accept that their victims will be, “Our little secret”. Young children sexually molested and physically abused by politicians worldwide are quickly used as sacrifices. In Australia the bodies are hardly ever discovered, for Australia is still a wilderness.’
In more crowded locations the Satanists and paedophiles (the two networks are fundamentally connected) have crematoria to ‘lose’ the evidence of child sacrifice and murder.
People don’t realise how organised it all is. Satanists and paedophiles (and those doing their bidding in pursuit of power, money and sheer survival) are placed in the key public offices to hide their activities. I am talking presidents and prime ministers, too.

Ted ‘child killer’ Heath
I have been naming the former British Prime Minister, the now late Ted Heath, since 1998 to be a child-killing paedophile Satanist and, in terms of his ‘high-office’, he is far from a rarity (see article below this one). I know others, including one who spent a long time in that position.
These networks control governments, national and local, ‘law’ offices, police, courts, coroners’ offices, crematoria, social services, law firms and so on, and they have their own doctors and pathologists to ensure when necessary that they can cover up how people have truly met their fate.
Every time I have investigated, or read about the investigations of others, the same blueprint is there to see. Children are supplied for prominent members of ‘society’ through children’s homes and other sources and should they and their families seek to expose what has happened they are met with a wall of resistance from police, social services and the court system.
The former Nebraska state senator, John W DeCamp, famously uncovered a paedophile ring in Omaha involving establishment figures and leading US politicians while he was investigating the financial fraud of a top Republican called Lawrence King who ran the Franklin Community Federal Credit Union in Omaha.

King sang the national anthem at the Republican conventions in 1984 and 1988, but he was doing more than that. He was supplying children for politicians and others at the conventions and elsewhere.
The truth began to emerge from the late 1980s and even made some major newspapers, especially the Washington Times which ran a story that implicated the Reagan-Bush regime.

The mention of Father Bush is especially significant because I have been naming him in my books and on radio for years as a serial paedophile, child torturer and killer. I said it on a live BBC radio programme once, actually twice, and this fact appeared in some national newspapers.
The papers wrote the story in a ridiculing way because they are, well,pathetic, and not one of them came to me and said ‘tell me more’. Meanwhile, as the ‘intellectual’ prostitutes focus on tits, celebrities and fake scandal, the children go on being abused, tortured and murdered on a staggering scale.

President George H W Bush – child abuser, torturer and killer.
The US government mind and sex slave, Cathy O’Brien, exposed Bush and many others in her book, Trance-Formation of America. Here she describes what Bush did on a regular basis to her daughter, Kelly:
‘Kelly’s bleeding rectum was but one of many physical indicators of George Bush’s pedophile perversions. I have overheard him speak blatantly of his sexual abuse of her on many occasions. He used this and threats to her life to “pull my strings” and control me.
The psychological ramifications of being raped by a pedophile President are mind shattering enough, but reportedly Bush further reinforced the traumas to Kelly’s mind with sophisticated NASA electronic and drug mind-control devices.
Bush also instilled the “Who ya gonna call?” and “I’ll be watching you” binds on Kelly, further reinforcing her state of helplessness. The systematic tortures and trauma that I endured as a child now seem trite in comparison to the brutal physical and psychological devastation that George Bush inflicted on my daughter.’

What has happened to Cathy and her daughter, Kelly, would be horrific enough if it was a one-off, the result of one sick and depraved man, but this is happening daily all over the world to enormous numbers of children.
Wherever you are in the world reading this newsletter – your country’s political-intelligence-military network is doing exactly the same.
You don’t hear about it, except through those willing to investigate without fear of the consequences, because of this ‘wall’ I talked about. The system slams the door by refusing to investigate and prosecute; by making sure ‘investigations’ that are started never get anywhere; by threatening, even killing, the people seeking justice; and by threatening those few in the mainstream media who are willing to handle the story.
John W DeCamp details in his book, The Franklin Cover-up: Child Abuse, Satanism, and Murder in Nebraska, how the Satanist-paedophile ring included those who controlled the government, police and media in Omaha and thus the ‘wall’ was in place to stop justice. Most of the small fry are also protected because their prosecution could lead to the ‘big fry’.

Part of the paedophile-Satanist blueprint includes ‘convenient’ deaths and the media suddenly withdrawing from an investigation. Both happened in the Franklin case.
A special Nebraska state legislative committee was eventually assigned to investigate the abuse allegations and private detective, Gary Caradori, was hired as lead investigator. He seems to have been a genuine man determined to find the truth, but he was killed during his investigation when the small plane he was piloting broke up in mid-air over Illinois.
The British television company, Yorkshire Television, made a 56-minute documentary about the Lawrence King scandal called Conspiracy of Silencethat was also due to go out on the Discovery Channel. Then, at the last moment, the programme was pulled and all copies were ordered to be destroyed. At least one wasn’t, however, and you can see it at the end of this article.
All of this brings me to the story that I and others have been working on with avengeance – the case of the Down’s Syndrome girl, Hollie Greig. It is a classic of its kind and once again the blueprint for all to see.
Hollie lived in Aberdeen in the Grampian region of Scotland, an area notorious for Satanism and child abuse. Scotland as a whole is a global centre for these abominations and they connect into many of the aristocratic Scottish families going way back.

Scotland – one of the global centres for paedophila and Satanism
The biggest secret society in the world is not called the Scottish Rite of Freemasonry for nothing. The Knights Templar remerged out of Scotland after they were purged in France in 1307 – that’s how far the Scottish connection to this goes back. In fact, even beyond that.
Whenever you investigate paedophilia and Satanism, you will find that Freemasonry and/or other secret societies eventually come up. Every time. So it is with the Scottish paedophile-Satanism ring that goes into the ‘heart’ (wrong word) of the Scottish and British governments.

If you want to find a nest of paedophiles and Satanists look no further than the British establishment and the Houses of Parliament. The same goes for Scotland, the United States – everywhere.

This is one major reason why the paedophile-Satanist-controlled system has to ignore or intimidate any child and family that seek to expose the perpetrators of abuse – they are terrified of where it could lead should the dominoes start to fall.

This was especially so when a Freemasonic paedophile called Thomas Hamilton walked into Dunblane Primary School in Scotland and shot dead 16 children and a teacher on March 13th 1996.

Hamilton should not have had a gun licence because his mental state and paedophile tendencies were known to police, but his Freemasonic and political contacts ensured that it was granted. When you procure children for the establishment elite, as Hamilton did, you tend to have friends in high places.

A massive cover-up followed and documents relating to the case were ordered to be locked away for 100 years. Just a coincidence, nothing to worry about.

In fact, it was a former Scottish Freemasonic Grand Master, Lord Burton, who said that the official ‘inquiry’ into the Dunblane massacre, conducted by the Scot, Lord Cullen, was a cover-up.

‘I have learned of an apparent connection between prominent members of the legal establishment involved in the inquiry, and the secretive Speculative Society. The society was formed in Edinburgh University through Masonic connections so I accept that there might be a link by that route.’

Members of the Speculative Society have included Lord Cullen and a number of other judges, sheriffs and advocates, plus, it is reported, the former British government minister and Secretary-General of NATO, Lord Robertson, who knew Thomas Hamilton.  Lord Burton, of course, was subjected to the usual dismissal, condemnation and threats for demanding action.

To read the rest of this excellent expose of the pedophile/power control system that runs the world, click the link below –

2 Responses to “Why do the paedophiles in Parliament get away with it?”