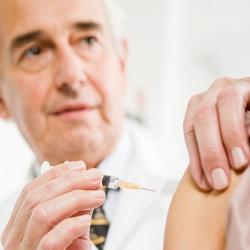 After weeks of panic in the media about a measles outbreak in Swansea, the Welsh Government now says it never happened, and no one died.  It’s never too late for governments to lie and cover up their mistakes.

They claim it was faked.

The Great Measles Epidemic of Wales—the one that’s being used to stampede sheeple into vaccine clinics for the MMR jab—never happened. Seriously! It was faked. The actual data from the Welsh government on cases of measles proves it.
by Heidi Stevenson,
with credit to Child Health Safety
The news media have been chock-full of the “measles epidemic” in Wales, along with the young man whom it was claimed had died of       it. He didn’t—and the epidemic never happened. The proof is in Wales’ own official statistics.
The young man who died during the proclaimed measles epidemic, Gareth Colfer-Williams, did not die from measles. But even those few reports that admitted he didn’t die of the disease went on to a discourse of how terrible measles is and how the “epidemic” was so horrible. In the BBC article linked, we’re informed that “83 people have needed hospital treatment for the illness.” That, though, cannot be true.
The fact is that, though 446 measles notifications were made between 1 January and 31 March of this year, those were merely reports. The reality is that only 26 cases were actually confirmed!
You may have noted that this faux measles epidemic started in November, and the figures for last year weren’t included. However, that doesn’t help make the case for an epidemic, or even come close to the claim that 83 people had to be hospitalized for measles. You see, the total number of confirmed measles cases in Wales for all of 2012 was 14. So, adding 14 for all of 2012 to 26 for the first three months of this year, we get a total of 40 confirmed cases of measles—less than half the falsely reported 83 hospitalizations!
Here’s the proof:
Wales Official Reported Measles Cases
Wales Official Confirmed Measles Cases
(You’ll need to scroll down to see the measles data.)
Admittedly, this doesn’t include the month of April—but with the presentation of this information, is it believable that the figures for April will make any difference? (Unless, of course, they’re simply faked—and who knows just how far these fear mongerers are willing to go?)
Keep in mind that measles is a reportable disease. That means any doctor who suspects someone has measles must report it. It does       not mean that the person has the measles. When a disease is considered reportable and there’s supposedly an epidemic going on, doctors aren’t taking any chances with their licenses to practice. They’re reporting anything that bears the slightest resemblance to measles. However, as is obvious here, it doesn’t mean that the doctors have any skill at diagnosing it.
So what’s going on? It doesn’t take much to figure out that this has been nothing but a plan to fear monger people into rushing out for the MMR vaccine. Sadly, it’s worked. Far too many sheeple have been stampeded to the clinics. Baaa! Unfortunately, we can anticipate that it will also be used to promote forced vaccination.

Don’t ever forget that the Great Welsh Measles Epidemic of 2013 never happened. It was faked.

TAP – The MMR doesn’t work.  That’s what they want hidden from view.