We have a Wi-Fi router with Virgin.

The first thing I did when we got it was switch the Wi-Fi capability off and go wired ethernet. Wireless internet is marketed as something amazing and ‘convenient’, yet in reality it screws your brain up.

It’s amazing how many people don’t switch their wireless routers off at night while they sleep too. No wonder people feel tired and lethargic in the morning. Try switching it off (like the Tell-Lie-Vision) for a week or so and see how you feel.

And this one was cracker, yet so true: 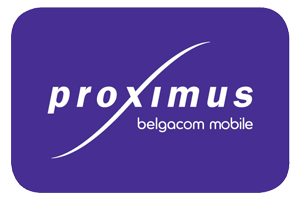 The head of Belgacom is not crazy about the Wi-Fi fad in his cellphone company’s skyscraper. The 27th floor, occupied by management, thus goes without the technology that allows high speed broadband Internet access. The decision is barely surprising when we know that Didier Bellens also asks his contacts to call him on his landline rather than on his cell.
The man who heads Belgacom, and thus Proximus, briefed schoolchildren Tuesday about the dangers of the Internet, in the charming company of (tennis player) Justine Henin. The initiative was organized with Child Focus and Microsoft.
Didier Bellens, president of Belgacom (Belgium cell operator), explains that the GSM (Global System for Mobile Communications) is dangerous – (Sudpresse – 25/11/2011). And when a child asks about the dangers of cellphones, the head of the country’s largest cellphone company does not mince his words. He explains to pupils of the Centre of Woluwe-Saint-Pierre school that GSM is bad and a health threat.
“During the day, it is better to use a headset because the GSM, it heats,” he first explained. “The waves are dangerous. At night, it is better to shut it off. If you use your phone as an alarm clock, you should also turn it off.”…
Contacted, Belgacom’s spokesperson was not surprised by his employers comments: ”Didier Bellens is only indicating the precautionary principles recommended by the World Health Organization. Remember that nothing has ever been proven about the dangers of GSM…”
Sources: http://www.sudinfo.be/248245/article/actualite/belgique/2011-11-25/didier-bellens-le-boss-de-belgacom-explique%C2%A0que-le-gsm-c’est-dangereux
and http://www.robindestoits.org/SCOOP-Didier-Bellens-le-patron-de-Belgacom-operateur-Belge-n-aime-pas-les-ondes-Wi-Fi-et-affirme-que-le-GSM-est_a1853.html
The Tap Blog is a collective of like-minded researchers and writers who’ve joined forces to distribute information and voice opinions avoided by the world’s media.

3 Responses to “The head of Belgium’s largest cellphone company bans WI-FI from his offices and tells kids cellphones are dangerous!”