In April 2013, The Tap was ranked 103rd most authoritative blog in all categories, and 40th in the political category, on E-Buzzing.  They monitor 2 million websites, so that’s not bad.

However, as a conspiracy blog, we are really a failure.  The most effective of our genre like David Icke’s channel are not ranked at all, and are treated as beyond the pale.  Only once we’re banned from the ranking tables will we be truly satisfied.

A lot of ranking level comes from Facebook and Twitter references.  As our Twitter account was recently suspended when Ben Fellows spilled the beans, and as we haven’t been able to get stories out of Facebook without someone messing them up for quite a while, our true ranking could be much higher.

On Facebook, the post summary always picks up a comment from a reader in ‘what our readers say’, and doesn’t give the first few lines of the post as it should do.   It seems impossible to correct, so we gave up face booking. 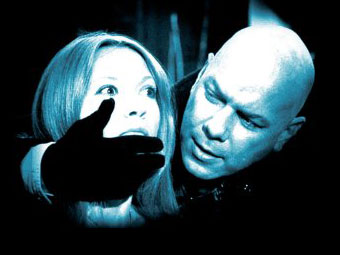 The demons move in on comment threads.  It’s their big idea to silence the internet.

What’s changed recently is the departure of the shill comments that plagued us for months.  I spent quite a time each day deleting their efforts to make the comments section into a racist, homophobic, evil mess.  They don’t like being deleted, it seems, and they’ve gone away to annoy someone else.  They always worked from 9 til 5, so it was pretty obvious someone was paying them!