He set up his own website – no more fake news – just before 911, and he’s been at it ever since.
He talks about the matrix, and the major illusions.  It’s a big list.  The players behind the scenes, and even deeper than that, he asks – what is the way the controllers define reality?

Power and energy is displaced away from the individual, while a tiny group has worked out how to build and create a matrix around us.  He’s a bit like Alan Watt, but it’s easier to listen to.

The group tells us how the world works, and the universe, and we are told to trust them.  They have armies, police and they create staged events like Aurora, Sandy Hook and Boston Marathon to convince people we have enemies out there.

They replace the power of the imagination of the individual.  People don’t even believe that imagination is very important any more.  Imagination is for kids.  The formula of the secret society is to substitute the imagination with perverse artists who paint reality and convince people to accept it.   The imagination of individuals is, when accessed, all-powerful and capable of creating reality in far-reaching terms, and this they have learned how to block.

The image factory of Hollywood tries to work out which way the winds are blowing.  Everything is compartmentalised.  You watch the movies and you get drawn into it.  The movie says to you ‘this is energy’.  You walk out feeling better.  It’s a complete reversal of the truth, which is that an individual has unlimited energy.

Hollywood is energy by proxy.  So is TV.  Their impetus is to blast you into a realm where you believe the only place you can get a feed of energy is TV screen, a movie hall or a concert venue.  When in fact your own energy and imagination are far more capable of changing your own life, and bringing far greater feelings of satisfaction, yet people never find out.

Modern society is a technological machine which suppresses and attenuates your own psychic abilities. There is an ongoing huge effort being made by the elite groups/cartels to keep your energy absorbed and limited, using visual images, terror.  The controllers don’t compete.  They all cooperate together.

FDA, AMA, Tavistock Institute in England, Bilderberg, CFR and many others, Intelligence.  They have their public face and a very private inner sanctum.  The Vatican.  The Federal Reserve.  They’ve settled on an agenda of globalism.

They promote wars as wars bankrupt and destroy nations.  They’ve been at it a very very long time.  There are still more esoteric layers behind that.  There’s a vertical integration in these various cartels.  They can see a future in which they will control the entire planet.  They control a large amount of it already. 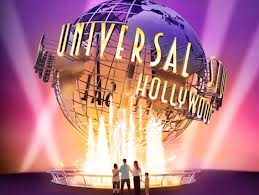 The interviewer asks good questions.  What do they know that we don’t know?

He goes to ancient Tibet, 1500 years ago.  And researched the way that peoples were controlled by manufacturing their reality in a very fundamental way.  The modern time is just an updating of what was going on that long ago.

The Nazis looked to Tibet and sent people there to do as much research there as possible – to discover the lost Aryan race, and the power of manifestation.  There’s a book written by an American, Kenneth Walker, who saw Hitler do black magic before WW2.    A false reality was created of Czechoslovakia in photographs before the war in secret, with large photographs of Czechoslovakia already invaded, covered in swastikas and pictures of Hitler.  That was obviously considered to be a method to bring the imagined reality into actual reality.

That’s why the elites create false realities for us all.  Imagination is pounded out of kids immediately.  They are made to sit for hour after hour in class until their minds are blocked up.

What are the secrets behind secret societies?  New realities are created by individual force, by people able to deploy their own individuality to create reality.  We will see a multiplicity of powerful realities replacing the centralisation of power that we live in today, once people see their way through to creating their own realities, seeing their way out of mass hypnosis, which surrounds us right now.  The primary way we are controlled is through control of the mind.  People are attracted to being controlled, especially by a picture of harmony, so the elite’s project harmony as the ultimate reality, a harmony that is entirely false.

The physical universe repeats geometric patterns, and this, for example, can be presented as a spiritual dimension to creation as well as a physical one, which people love to buy into, but it’s a distraction.  Check out more of John’s idea at his site –