Eurosceptic Tory MPs could stand under a joint ticket with UK Independence Party,  Nigel Farage revealed today.
The UKIP leader suggested his party’s logo could appear on the ballot paper alongside Conservative candidates as a seal of approval for MPs who back his party’s position on Europe.
But he stressed that the endorsement would be done on an individual basis, ruling out an election pact unless David Cameron is replaced as leader.
UKIP has held talks with several Tory MPs about possibly defecting before the next election.
But today Mr Farage revealed he could offer the UKIP ‘pound sign’ logo to endorse some Tory MPs at the next election.
He told BBC News: ‘The law now allows one candidate to have the logo of more than one party [on a ballot paper], so legally if someone wanted to stand as a Tory-UKIP candidate or even a Labour-UKIP candidate that would be allowed under electoral law.’
A request from a Tory MP to use the UKIP emblem would be discussed by the UKIP local association ‘and we’d go from there’, Mr Farage added.

TAP – The irony is that the law now permits joint ticket candidates in general elections.  It was changed to facilitate the Conservative/Lib Dem coalition.  It will end up as UKIP’s way into Westminster.  I foresaw this happening two years ago.  Don’t forget who lies right behind UKIP’s every move.  You might escape the EU to some extent, but the Rothschild One World Government sits in wait as its replacement. 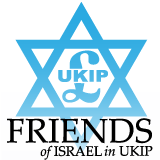 2 Responses to “2015 will be the first joint ticket election”