The death of Mrs Thatcher has shown the left to be what they are and that is the ‘really nasty Party’. This event, they tell us, is a one off and they can be excused their terrible behaviour because the Iron Lady brought out the worst in them. I would challenge that. I suggest that what has happened is that their true characters have come to the surface. What, I hear you say, is your evidence? Well, for a start, lets look at Twitter. Anyone who knows me will know that I love Twitter. It gives me access to real people in real time and it allows the people of Shropshire to talk directly to the Leader of their Council. However I am getting sick to my back teeth with being attacked simply because I am a Conservative. These attacks invariably come from people who tweet under an assumed name who when challenged about their true identity inevitably refuse to come clean on who they are. They make sweeping assumptions about who I am and what I believe simply because I am a Conservative. How is that any different from judging someone on the colour of their skin or their race? They might know what the Conservative Party believes but to then jump to the conclusion that I subscribe to every detail of that is crazy.
Let me give an example. I was called a Tory millionaire who couldn’t understand the impact the so called ‘bedroom tax’ will have on the disadvantaged. How very dare they! When I was a child we lived in a two up, two down, with a toilet up the yard. No central heating, no bathroom and certainly no double glazing! Baths were taken once a week in a tin bath in front of the coal fire. How many of us lived in this two bedroomed, rented house? Three adults and a young child. The third adult was a lodger whose rent allowed us to pay our rent. I would guess that my anonymous tweeter comes from a comfortable middle class background who wouldn’t understand poverty if he tripped over it. So please, don’t lecture me on hard times.
My parents could best be described as aspirational working class who believed that if they worked hard enough they could better themselves. My mother scrubbed floors. My father took his work holidays at Christmas so that he could work on the post delivering the festive mail to get a little extra cash to pay for Christmas. They believed that if they could give their child a good education then they might have a better life and that’s exactly what happened. I am very proud of my family and my background.
I could go on but that leads us nicely back to Lady Thatcher. She understood that if you give people the opportunity to better themselves they will take it. Did she get things wrong? Of course she did. If she had allowed Councils to reinvest the money they received from selling council houses we would have more affordable properties today. If she had invested to create jobs in the the mining communities before shutting the pits thing might have worked out differently but nobody is perfect. For all that, she understood aspiration! She understood normal people in a way that most of todays politicians never will. That is one of the reasons that I shall mourn her passing.
Keith  Barrow

Leader of Shropshire Council and member for the Oswestry South division 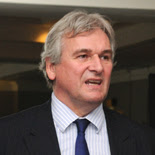 7 Responses to “Tweeting Council leader hits back at his critics”