I know this lady. She went to prison for no crime to protect her son, just as I did.
This needs to stop. God only knows how. VH

A family who escaped to a happy ending

What is the problem with Britain’s social workers? 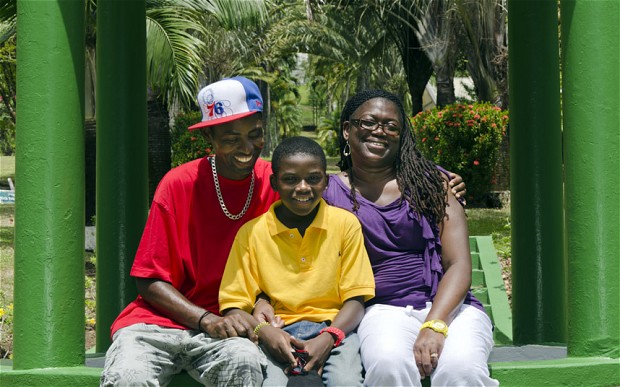 Last week, news reached me that there was yet another distraught mother who had fled to Ireland to prevent her three children being seized for no good reason by British social workers.Although the family have been living there for four years, with the children all doing well at school, the mother had just been arrested for failing to have a valid tax disc by the Irish police, who confiscated her car and held her in a police cell for nine hours.
When she was finally released at 7pm on a wet evening, 40 miles from home, she got back to find that the police had broken into her home by smashing a double-glazed window. They had removed various items, including a mobile phone. Much worse, Irish social workers, apparently after consultation with their British counterparts, had picked up her children from school and taken them, “traumatised”, as she was told, into foster care.
There are few things odder about our social workers than their response to the ever-rising number of parents who try to evade their clutches by fleeing abroad. As I have often reported, they seem prepared to stop at nothing to get the children back to Britain. Just occasionally, however, their zeal is foiled, as in the case of the family (pictured, above), who now live in the West Indian island of St Vincent.
It is now 14 years since Debbie Paterson, brought up in London by West Indian parents, was left, after a brief unsatisfactory relationship, with a baby son, Kymani. When she then happily married, the boy grew up looking on her husband as his father. Despite attempts by various judges to set up contacts with his biological father, Kymani got to the point where he did not want any further contact.
In 2010, however, one judge decided to involve Islington social workers in trying to re-establish contact. In April 2011 another, Mr Justice Roberts, said that he was so “unimpressed” by Debbie’s reluctance to co-operate with their arrangements that he invited the social workers to consider applying for a care order on the boy. The response of Debbie and her husband was immediately to fly off with their son to start a new life in St Vincent before any application could be made.

In December 2011, Debbie returned to London to clear up her affairs and dispose of their old home. She was summoned before a High Court judge, Mrs Justice Parker, who demanded to know Kymani’s whereabouts. When Debbie refused to tell her, the judge sentenced her to 12 months in prison for contempt of court.
In the summer of 2012, while Debbie was still in Holloway prison, the social workers discovered where Kymani had escaped to, and two of them flew out to St Vincent to track him down.
They asked the disbelieving 12-year-old whether he would like to return with them to live in foster care in Britain. They approached the similarly disbelieving headmaster of the school where Kymani was now a prized pupil, and then tried to elicit the support of the local social workers. They could not understand why on earth such a well-looked-after boy should be of any concern to social workers from Britain. After the social workers returned home, they even offered to fly the boy’s biological father out to St Vincent to see if he could persuade the boy to come back to London.
Debbie, on her release after seven months in Holloway, rejoined her husband and son in St Vincent, where Kymani is now in the “gifted and talented” class of his secondary school. The family could not be happier in their new life, supported by the stepfather’s work in the building trade, and a case that must have cost a sizeable sum of public money is now closed – which is why the family can be named and their story told.
The question that remains, as in so many similar stories I have reported here, is this: how is it that our social workers can seem so determined to travel abroad, to remove children from loving parents by whom they have never been harmed, to put them in the care of strangers back here in Britain – at a cost to the taxpayers that, with the very considerable fees paid to foster carers and teams of lawyers, can eventually run to hundreds of thousands of pounds?
A full and proper answer to that question would tell us a great deal about how and why our “child protection” system has gone so bizarrely off the rails.
Christopher Booker
TAP –  It gets worse
The Tap Blog is a collective of like-minded researchers and writers who’ve joined forces to distribute information and voice opinions avoided by the world’s media.