Road_Hog comments…
As far as I’m aware, Osama never claimed credit for 9/11, which probably means he had nothing to do with it.

He certainly wasn’t killed recently, he died over 10 years ago. 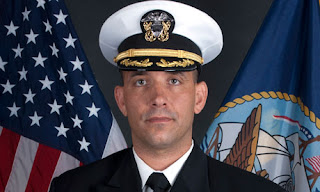 25 members of the team who allegedly killed Bin Laden are dead. No conspiracy theory there. Just the facts. You decide.
Authorities say one of two Navy SEALs injured during parachute training in southern Arizona has diedwhile the other man remains hospitalized.
A U.S. Special Operations Command official said Friday that the SEAL died in a Tucson hospital Thursday but didn’t have a condition update on the other man.
Serviceman killed in parachute training accident ID’d as member of elite Navy SEAL team 6 – @NBCNews
SEAL Team 4 Commanding Officer Job W. Price commit suicide. He was best known for finding and then killing Osama bin Laden.
Cmdr. Job W. Price, 42, died Saturday, Dec. 22, of a non-combat-related injury while supporting stability operations in Uruzgan Province, Afghanistan.
Suicide of the Officer of this grade raises many questions among the media, as the team was best known for killing Osama Bin Laden that assaulted his compound in Abbottabad, Pakistan on May 1, 2011.
Read More Here
…and here
Over 20 navy seals are now dead who killed bin laden, coincedence?  Yeah..  right.  There STILL isnt any evidence at all that we even killed him.  My guess is that he was already dead and has been dead for years.  The Osama Bin Lden shown in the videos at the abbotabad compound is a double.  A fake used by whomever for propaganda purposes.  It’s a omplete lie and shame like 9-11 or the jfk assassination investigation.  sad….   -Mort
Read the article here at Before Its News