Julia said…
Good spot WASP. No doubt same sort of thing going on across the country.

In Bath, we have Jo Farrar as Chief executive of the corporate council. She worked with Tony Blair on public sector reform, and her previous job was chief exec of Bridgend, that’s where she presided over the ongoing teenage suicides for some years (news blackout on that one). She is paid 150K of tax payers money.

The word executive is like execute. What are they executing? People? Kids?

Funny how many women are getting these jobs. I wonder if it’s easier to get women accepted by the public as nice caring people who they can trust. And then people like it because it seems like progress for women. Another illusion. It’s another set of chains. The female executive, the female executioner. You are no more free as a master than you are as a slave.

KENT’s new youth police commissioner is facing calls to quit after tweets she posted about sex, drugs and violence were unearthed.
17-year-old Paris Brown, who bagged the £15,000 tax-payer funded role last week, has been criticized by a high-profile politician for her rants against gay people and immigrants.
Ann Barnes, the county’s Police and Crime Commissioner, has so far backed Miss Brown, who she describes as a “typical teenager”.
But huge pressure is now on the Commissioner’s office after Miss Brown’s controversial tweets appeared on the front page of a national newspaper.
Her offensive posts on the social networking site came from an account – Paris @vilulabelle – which the teenager, from Sheerness, has since taken down.
Tweets on Miss Brown’s old account, as revealed by the Mail on Sunday, include the following observations.
On sex: “Worst part about being single is coming from a party/night out horny as f*** and having to sleep alone.”
On drugs: “I really wanna make a batch of hash brownies.”
On violence: “I don’t condone violence but im so pleased that my brother thumped the fat little ****.”
On reality Television show Made In Chelsea: “Everyone on Made in Chelsea looks like a f****** fag.”
On ordering pizza, two months ago: “F****** hell why are the people from Direct Pizza so difficult to talk too!! IT IS CALLED ENGLISH. LEARN IT.”
Keith Vaz, chairman of the Commons Home Affairs Select committee, is quoted as saying: “I am deeply shocked by these disclosures.
“This individual must be removed from their post immediately.

Hi Tap, I read in the D_M the other day that a 17 year old kid was being paid 15k p/a as a Youth Police Commissioner. This is a very high salary for an Unqualified Nobody, I know of kids with 1:1’s who have stated jobs on far less. This to me “STUNK of COMMON PURPOSE”, & further investigation showed she was Appointed by a Woman called BARNES, who is this you may well ask.

Apparently ANNE  BARNES , is THE POLICE & CRIME COMMISSIONER for KENT, who has quite an interesting History.

IS THIS THE FUTURE OF BRITISH POLICING? 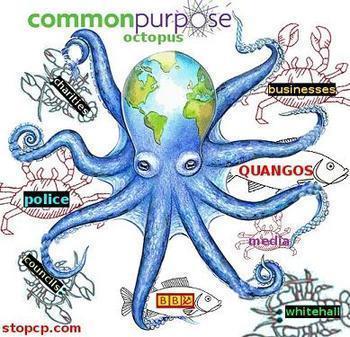 SO WHO IS THIS BARNES, WOMAN  She was appointed as an independent member of the Kent Police Authority (KPA) in 2001, becoming its chairman in 2005, which resulted in 1,500 police personnel, including 500 police officers, being made redundant across the county. In 2011 she was “reminded of her responsibilities” when she broke impartiality rules by campaigning against the government’s introduction of elected police and crime commissioners across the country, describing the policy as [“naive and disastrous.and “a willful waste of money”] that would “inevitably lead towards a confrontational model of governance. She subsequently resigned from KPA with effect from 10 August 2012. In.July 2012 that she was going to contest the police and crime commissioner election in November 2012 as an independent candidate, & was subsequently reelected, on a salary of £85,000 p/a

Barnes spent nearly ₤68,000 on her campaign, of which ₤50,000 was from a legacy left by her parents.[17][18]During the campaign Barnes threatened legal action against English Democrats candidate Steve Uncles over atweet Uncles posted about Barnes’ funding   Her campaign manager was Peter Carroll, a former parliamentary candidate for the Liberal Democrats in Maidstone and The Weald and, twice previously, in Folkestone and Hythe

Wow what an exciting last few days. My appointment of Paris Brown as the first teenage Youth Commissioner has caused quite a stir! We’ve been incredibly busy on the media circuit and I’m literally on my way back from Manchester having had a very early start appearing on BBC breakfast.

My decision to appoint a Youth Commissioner was one of my manifesto pledges and I never break a promise. I stand by my decision to create this pioneering post as I firmly believe we need a young person who can bridge that gap between young people and the police.
I hope most of you will have heard or seen Paris on her media interviews and you can see what a confident and exceptional young lady she is. New ground has been broken nationally with this concept and some of my Police and Crime Commissioner colleagues have been asking to ‘borrow’ my idea – and I’m chuffed! After all, they do say that imitation is the sincerest form of flattery.

Ann Barnes announced two “special advisers” have been snapped up on six-month contracts worth £35,400 each – 52% more than a policeman’s annual starting salary.
The posts have taken up by Cranbrook businessman Howard Cox and Peter Carroll, who was Lib Dem parliamentary candidate for Maidstone and the Weald in 2010.
Both helped mastermind Mrs Barnes’s election as commissioner.

The external consultants will train staff, which she claimed will be cheaper than sending new recruits on courses.
Mrs Barnes, pictured left, said: “This is an enormous task and I require a team of people to help me deliver that manifesto.
“I am acutely aware of the need to spend every pound of public money wisely, particularly in these times of austerity.”

WASP – NOT TOO SUCCESSFUL THEN:  with Paris Brown where you?

The role of commissioner and her team replaces 17 members of the now disbanded Kent Police Authority.
Mrs Barnes was voted in last month in an election that attracted a turnout of just 16.3%.

Is this a Reflection of what most Thinking People Thought of The Idea, its hardly representative: is it?

She said the move from Kent Police Authority to independent commissioner left an underspend of £375,000, which she said will be used to strengthen her 10-strong team.
Another new addition, Tim Thompson, has signed for an initial seven-month period as policy and performance adviser at a cost of £18,200.
Mr Thompson served with the Kent Police Authority with Mrs Barnes, monitoring crime plans and force performance.
She said she also planned to use part of her £85,000 annual yearly salary to part-fund a Youth Commissioner post.
Mrs Barnes received £29,234 as chairman of the disbanded Kent Police Authority.
Friday, December 14 2012
Her campaign manager was Peter Carroll, a former parliamentary candidate for the Liberal Democrats in Maidstone and The Weald and, twice previously, in Folkestone and Hythe.[23][24]
The election took place on 15 November 2012.[25] On a turnout of just 16.3%, Barnes was in first place after the first round of counting, receiving 95,901 votes (46.80%) – over 40,000 more than the second placed candidate, Conservative Craig Mackinlay.[26][27] She was declared the winner after the second round of counting, receiving 114,137 votes (65.45%) – over 50,000 more than the second placed candidate, Mackinlay.[28][29]
Barnes was sworn in to the ₤85,000 per year police and crime commissioner role on 22 November 2012 at a ceremony held at Kent Police College in Maidstone.[30][31]

The question must be asked – SHOULD EITHER OF THEM BE IN THEIR JOBS?

WHY DO I THINK THIS COUNTRY HAS GONE DOWN THE TUBE?

6 Responses to “New Police Commissioner sends Kent down the plughole”