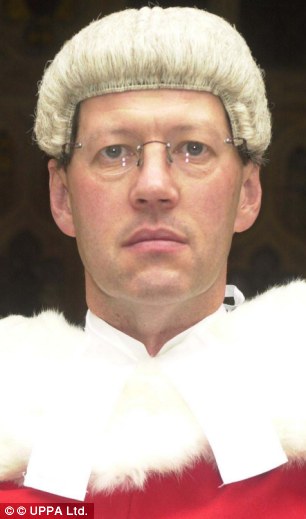 The cold eyes of a judge that wants people to just disappear in secret
Lord ‘Justice’ Treacy.

Two senior judges yesterday called for secret arrests where the public would lose the right to know who the police detain.
They said this is necessary because when an arrest is publicised it causes ‘irremediable damage to the person’s reputation’.

TAP – I think I’d prefer to run the risk of irremediable damage’ to reputation, than to just disappear without trace, while the Police and government agencies do their worst.  It’s not exactly reassuring to know we have judges who want people just lifted off the streets, or from their homes, and no one will be allowed to know.  We used to read things like that and be content that the Stasi only operated in East Germany.  Now it’s coming to the rest of the world.

The Police are laughing in this video because they don’t fully know the law.
This is a very dangerous situation and it’s being done by design by their paymasters – TPTB.

Yes, there are ‘good’ coppers/judges out there but they have their family/pensions to protect and so won’t speak out.

Cowards – and deserve the utmost of disrespect.

Posted by Anonymous to the tap at 2:11 pm

Anonymous has left a new comment on your post “Judges want to be able to arrest people secretly“:

This reminds me of The Trial by Franz Kafka. It was all too real in Germany, after he wrote his book – and it looks like the same is happening here.

That a Judge can propose secret arrests…it’s a total disgrace. And the excuse they have come up with as well ! To protect us – those to be secretly arrested !

I bet there are hoards of Guardian readers in full agreement with proposal. Anything can can be rationalized, it seems.

People have tried to explain to me why freedom of speech is a bad thing and has had to be done away with.

This rationalization of anything is the beginning of what is called ‘the banality of evil’, systematic evil, where evil acts become ordinary, banal, everyday – even boring.

Following the herd mentality, most people can be brought to believe just about anything is perfectly rational.

Society has taken a turning down a very dark road, since 9/11 – their ‘new Pearl Harbor’. It’s what lies at the end of this road, that we should be concerned with.