In case there was any doubt about Nigel Farage’s intentions in remaining as an EU MEP, and his party remaining members of the federalist Freedom & Democracy Group in the EP, he declared his position clearly enough yesterday.  He says he wants Britain out.

He never strays off the conventional anti-EU political battlefield, where he’s on strong ground with the electorate.  He avoids topics like Agenda 21, chemtrails, the depopulation agenda, GM crops, the United Nations and the USA drift into totalitarianism.  He’s mildly anti-war, but avoids making it a big headline issue for his party, as that would be it, as far as media goes, and he knows it.

Is he, deep down, as sure of his steps as he appears?  He is a declared friend of Israel, and wouldn’t even think of tackling topics like the Palestinian ethnic cleansing.  Politics is after all the art of the possible, and only so much is possible.  He’s clearly beefing himself up for a big push – the EP elections, and maybe finally an assault on Westminster, where he can humiliate Cameron, Clegg, Miliband all the others who’ve sold their souls to the devil.

He’s working village hall by pub by theatre.  The effect will be incalculable if he can get access to Westminster seats.  Much as I fear the party is penetrated and controlled from behind the scenes by exactly the same people who control the other parties, it is still fascinating to watch Farage climbing the walls of the citadel. 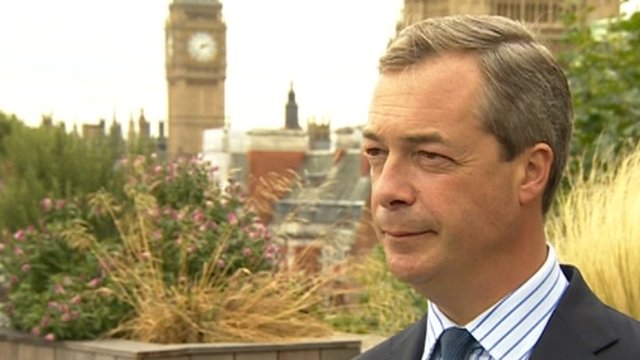 Defending his continuing role as a member of the European Parliament, he argued that it was important to effect change from within, claiming to be the most hard-working British MEP.
“But I do not want anyone to be in any doubt,” he added. “Whether I am speaking at a university, a Rotary club, or here at Callington Town Hall, I say the same thing – that I am campaigning as hard as ever to be removed from the European Parliament, along with every other British MEP. I am that turkey who would vote for Christmas.”
Boosted by his party’s recent success in the Eastleigh by-election, when its candidate came second with 27.8% of the votes and pushed the Tories into third place, Mr Farage said the British way of life was under attack.
“Eastleigh was an important moment. Of the people who voted UKIP, a third were disaffected Tories,” he said. “There were also traditional Liberal Democrats, ‘old’ Labour voters, others who had not voted for 20 years and even some who had never voted in their lives. We are appealing across the board.”
Mr Farage said that while UKIP backed civil partnerships, as “absolutely right”, he described gay marriage “a step too far”, predicting that churches would eventually be forced by law to accommodate the ceremonies.
“The problem is we are now run by an equality rights agenda, the trendy agenda of ‘Dave’ and the Notting Hill set and the European Court of Human Rights,” he said. “We need to get the state off our backs. Surely we are big enough and ugly enough to have a cigarette in a pub or to hunt foxes?”
Although it was impossible to gauge how many of those present were supporters and how many were observers or opponents, the level of applause and volume of “hear-hears” pointed to the vast majority being pro-UKIP. From Callington, Mr Farage moved on to further public meetings in Taunton and Tiverton. 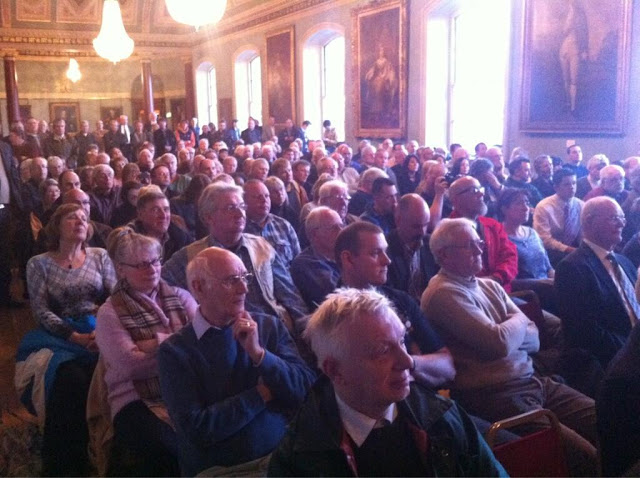 Next day Worcester.   every venue is ‘sold out’
UKIP LEADER TELLS CROWD: “I AM JUST LIKE YOU”

“I am just like you,” was UKIP leader Nigel Farage’s overriding message as he mingled with shoppers and dropped in at the Bull’s Head for a pint. “I have the same hopes, the same concerns.”
Short on policy revelations and long on chumminess, the thrust of the first leg of his two-week pre-election itinerary was to reassure those who might be uncertain that UKIP was not a party of “eccentrics, fruitcakes and gadflies”, as Mr Farage’s arch-nemesis David Cameron would have it.
Speaking to an audience of some 300 in Callington Town Hall, the man who touts himself as “Britain’s most popular party leader” briefly laid out his aims, before offering the debate to the floor.
With standing room only and some people listening from corridors, he fielded an hour of questions on subjects from education and immigration to the economy and – unsurprisingly – Europe.
Boosted by its recent success in the Eastleigh by-election, where UKIP were second to the Liberal Democrats – with a 27.8% share of the vote – pushing the Conservatives into third place, he confirmed that his anti-EU party would field a record 2,000 candidates in the local council elections on May 2.

One Response to “Farage – Vote us in. We’ll get you out.”