Reading the letter from the Public Records Office for Margaret Thatcher from Jimmy Savile, published in The Mail,  you wonder if she had the first clue about him.  It reads as if he’s in full control manipulating her isolation and loneliness at the top of the slippery poll.

It reads as if she’s bought the story and is hooked in.  It must be very lonely at the top.  Here was someone who was dressed up as her best friend. 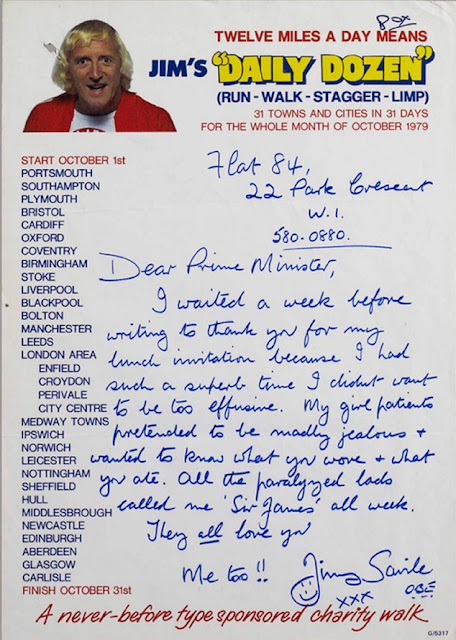 Just as with The Falklands, the EU and many other things,  was she told anything?  Surrounded by pedophiles, Europhiles and Satanists plotting her demise, she was no doubt kept out of the loop on all fronts.  She came across as more naive than evil to me, trusting many people she shouldn’t have.  Don’t tell Glenda Jackson though.

18 Responses to “Did Thatcher have the first clue about Savile?”