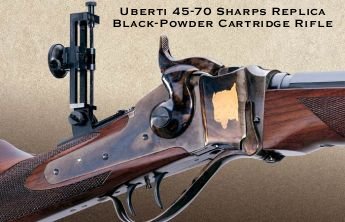 As good as banning guns is to make ammunition illegal.

Osiris sends to The Tap –

On April 17, New Jersey Senator Frank Lautenberg issued a statement to the public that he intends to propose a bill or amendment to regulate black powder, and other forms of explosive components, in the wake of the Boston Marathon Massacre. The bill would demand full Federal background checks of anyone seeking to purchase the minor explosive, similar to recent attempts by Congress to require full background checks on the sale of firearms.

In the wake of the deadly bombing attacks in Boston, U.S. Senator Frank R. Lautenberg (D-NJ) today announced that he will reintroduce legislation he has proposed in a prior Congress to require that sales of explosive powder be subject to a background check. He will also file the legislation as an amendment to the gun violence prevention bill currently on the Senate floor. – Lautenberg.Senate.com

Early indications by analysts and observers of the horrific Boston Marathon bombings show that a black powder explosive may have been the primary element in the bombs that killed three people, and injured hundreds of others. The use of black powder explosives are considered small in potency when compared to today’s high tech explosives, and their use has been found to date as far back as 220 BC.
Of the $27.8 Billion spent each year on firearms, ammunition, clothing, reloading equipment, optics, and accessories by the American public, only about 7-8% of all gun owners reload their own ammunition on a regular basis. This means that only a relatively small amount of people purchase black powder explosives each year, and in comparison to other flammable, explosive, and dangerous household products such as fertilizer and gasoline, the singling out of black powder for stricter regulation bears little statistical evidence that its use in criminal activity is widespread.
http://www.examiner.com/article/senator-to-propose-bill-regulating-black-power-wake-of-boston-massacre
The Tap Blog is a collective of like-minded researchers and writers who’ve joined forces to distribute information and voice opinions avoided by the world’s media.

One Response to “Boston false flag. The other shoe drops.”