Growing vegetables and fruits is nigh on impossible with climate manipulation going on every day. The aerosol clouds start appearing in the early morning.  The warmth of the sun which byApril is considerable is being lost to the plants.  The ground is still too cold to grow much.  A month of the growing season has already been lost, and the delay is not over yet.

Animals are still cooped inside winter sheds and food reserves of farmers, hay and sileage are running very low.

One way to be ahead of the game is to have a polytunnel.  This protects plants from the cold wind.  The rate of growth is still respectable inside the warmer artificial climate.

When the aerosol pilots end their campaign, I don’t know.  They are doing all they can to kill off food production, and make survival hard for everyone, poisoning water and the ground as they go.   Aluminium and barium make the soil’s Ph balance too alkaline, and plants and insects are slowly being squeezed out of existence.

Presumably the spraying crews have families who need to eat as well.  When will they awaken to what they are being paid to do?  They could sabotage the equipment and walk away, as a gesture in favour of their own survival. 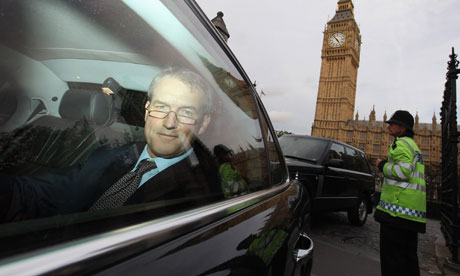 I wrote to Owen Paterson, the Sec of State for the Environment where we are living at the moment, the UK, and he said that he needed to have more evidence as to the existence of chemtrailing.  He’s a small farmer himself keeping a few sheep and suchlike.  Maybe even he’s noticed the lack of sunshine and the lack of food for his sheep.  Next he might notice the lack of vegetables available in local shops.

Yep! Watched them spraying yesterday up here in the north east and woke up to a full chemical sky this morning.

Was out tidying the garden, pulling back overgrown grass to discover it was all moss – no grass left in it – no longer a lawn now mostly a giant moss toupee…

Time to plant out some potatoes yet last years were a disaster.

Advice I received was to put them in planters in the greenhouse and that is exactly what I’ll be trying this year. Sadly my poly tunnel was trashed in gales weeks after buying it. Having repaired it, at the end of the season, sudden, unexpected, heavy snowfall finished it for good.

DO NOT buy a domestic poly tunnel!

Get the real deal or make your own using MDPE pipe for the hoops using the appropriate covering – plenty of videos on You Tube on the subject.

Farmers round here are putting up more and more.

Due to the chemtrailing, I filter all water for drinking and cooking. Might be an idea to pension the home made Berkey to plant production and make a new one for my own use.

Couple of filters, two 5 gal fermentation vessels, one with spigot (tap) and for less than £100 you’re away…no more taste of chlorine too!

Heavy chemtrailing over Tayside the other day as well. A promising day of sunshine stolen again. It looks like things will be the same as last year. Permanent gloom.

I doubt if I’ll bother gardening this year. After last years pointless waste of time.
The frogs in the garden pond have just started to spawn. A month behind time so will be like last year…many won’t make it to maturity and die in the water. No time to fatten up on land before the winter.

10 Responses to “Beat chemtrails with a polytunnel”