Yesterday should have been a bright sunny day, but from dawn planes were criss-crossing the sky with cloud seed, or chemtrails as they are known.  They really want winter to last as long as possible and prevent grass and other crops from starting to grow, not to mention deprive humanity of vital sunlight.  Here is the USAF’s own pamphlet for informing recruits what chemtrails are.   If you challenge the Secretary of State of the Environment to acknowledge they exist, you’re in for a battle.  We need more evidence that they exist, he said.  Well, Mr Paterson, here’s a little more for you to ponder.

NB – WASP says there is little content here of any value.  That said the comments have brought out interesting correspondence with East Midlands Airport about planes that chemtrailing.  Incidentally, people are turning to UKIP in droves.  When did any UKIP spokesperson mention the word ‘chemtrails’? 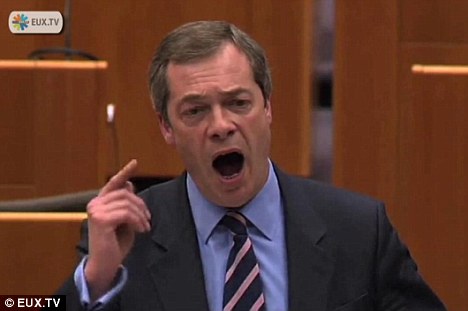 Share on facebookShare on twitterShare on emailShare on pinterest_shareMore Sharing Services44

Download USAF Academy “Chemtrails 131 Manual Fall 1990″ PDF
_______________
By Harold Saive Originl Post HERE
Many observers of the past two decades of covert aerosol geoengineering adopted the term “chemtrails” to describe unnatural emissions and trails originating from military jet engines. If the term Chemtrails originated at the DoD we could suspect the term came into wide civilian use when a cadet or instructor repeated it so often that “Chemtrails” was adopted by civilian observers to describe unusual jet aircraft contrails. To their credit, theOxford dictionary provides an accurate description of chemtrails even if they failed to list the US DoD as the original published source.
Oxford Dictionary Defines “Chemtrail”
chemtrail – Syllabification: (chem·trail) – Pronunciation: /ˈkemˌtrāl/
Definition of chemtrail noun
” a visible trail left in the sky by an aircraft and believed by some to consist of chemical or biological agents released as part of a covert operation. ”
Origin: 1990s: blend of chemical and trail, on the pattern of contrail (Source)
In etymological terms, the origin of a word is very important. Regardless the intended definition, history clearly shows the term “Chemtrails” originated at the US Department of Defense as the title for a Chemistry manual used at the Air Force Academy cadet training program in the early 1990′s. Two editions of the “Chemtrails” manual are known to exist – A 200 page version for the 1990 Fall class and a 232 page version for the 1991 class. The course title “chemtrails” was so popular as to be adopted by the DoD for at least two academic years (1990-1991).
About the Chemtrails Manual Cover

Method: An inter-library loan from the Alachua County main library yielded a microfilm copy of the 1990 Chemistry 131 Manual used in training by the US Air force Academy. The lending institution was the William T. Young Library at the University of Kentucky as shown in the label below.
The microfilm was in acceptable condition, however the 1990 Chemtrails manual was scanned in 1992 under less than optimum conditions from a used hard copy in less than good condition.
The Alachua County Library equipment was used to scan each of the 200 pages to digital *.TIF files. Photoshop was used to optimize each image to the smallest file size that would permit adequate resolution for on-line viewing. Each image was imported to a Microsoft Word page where the complete manual was saved to a 30 MBPDF file. (Portable Document File).
NOTE: A second edition of Chemtrails (232 pages) was published for the Fall 1991 class of Air Force cadets.