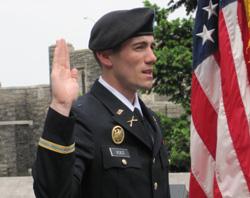 Once a marine.  Now a false flag stooge.

Osiris sends to The Tap

This is likely to be bona fide whistleblower testimony with the Boston bombing
Though I think actors were used at this point in time, the following should NOT be ignored.

“I work on a security commission and I’ve just received word to start on a campaign we’ve been working on for the last two months and now it all makes sense.
I’ll keep it as short can I can
They’re going to pin this event on a male late teens to early 20s and say he did it because he’s unstable. They are going to find firearms and a NRA book in his home. They are going to to say he used reloading powder for the explosion and that reloading powder shouldn’t be for sale to the public. They are then going to say that because the powder in ammunition can be used for explosions that the number of rounds you can buy should be limited and taxed to help pay for these events.
I can’t do anything or I’ll lose my job and possibly face criminals charges. Please don’t let them get away with it. They won’t find the suspect till later this week and the raid is issued to occur on Friday. This was a staged event. The people hurt are real but the event was planned. Don’t let them hurt our rights.”
–Admin comment – I think this is real, but there appears to have been an actor used in at least one photo sequence farther down this page.
It really looks like at least one actor was used in Boston
Notice that mister Vogt lost his legs entirely in Afghanistan in 2011. He appears to be one of the victims, and if so, where did he get that leg that is sticking out, stripped to the bone? This does not wash with me, that leg has GOT to be a prop.