This one made me chuckle – from Osiris.  Given that both Blair and Cameron are closet Jewish through their mothers, with right of return to Israel.   Could Miliband be Britain’s first openly Jewish PM?  Aren’t we forgeting someone from a prior age – who was not a Zionist, but who was Jewish?

The man who could be U.K.’s first Jewish PM says he is a Zionist

Labor Party leader Ed Miliband establishes his pro-Israel credentials like never before by stating that while he doesn’t always agree with its government, he is ‘intolerant of those who question Israel’s right to exist.’

The leader of the British Labor Party and the man who may well become the United Kingdom’s first Jewish prime minister put a lot of minds at rest on Thursday when he said that he is a Zionist.
http://www.haaretz.com/news/diplomacy-defense/the-man-who-could-be-u-k-s-first-jewish-pm-says-he-is-a-zionist.premium-1.508050?block=true
What about this fellow?
Disraeli.

COMMENT –  Anonymous said…
If you do some homework you will see rothschild got Disraeli into power to loan ritian the money at huge interest to build the Suez canal, which when paid for was planned to be seized by israel at a later date e g 1956.
What do the milibands thing of Britians right to exist ?
they obviously do not respecyt it of they would not have flooded it with foreign nationals


In fact, a lot of Jews reject Zionism:


I particularly like David Icke’s interpretation on Zionism: ”Rothschild Zionism”: 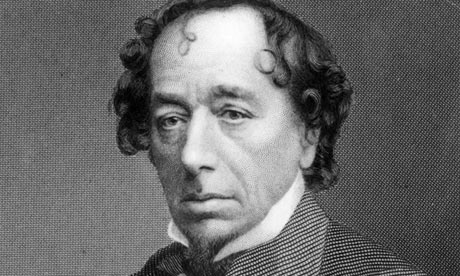