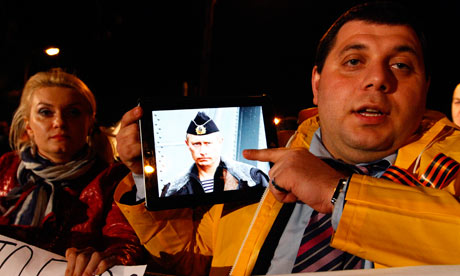 Have The Russians Already Quietly Withdrawn All Their Cash From Cyprus?

Yesterday, we first reported on something very disturbing (at least to Cyprus’ citizens): despite the closed banks (which will mostly reopen tomorrow, while the two biggest soon to be liquidated banks Laiki and BoC will be shuttered until Thursday) and the capital controls, the local financial system has been leaking cash. Lots and lots of cash.
Alas, we did not have much granularity or details on who or where these illegal transfers were conducted with. Today, courtesy of a follow up by Reuters, we do.
The result, at least for Europe, is quite scary because let’s recall that the primary political purpose of destroying the Cyprus financial system was simply to punish and humiliate Russian billionaire oligarchs who held tens of billions in “unsecured” deposits with the island nation’s two biggest banks.
As it turns out, these same oligrachs may have used the one week hiatus period of total chaos in the banking system to transfer the bulk of the cash they had deposited with one of the two main Cypriot banks, in the process making the whole punitive point of collapsing the Cyprus financial system entirely moot.
http://www.zerohedge.com/news/2013-03-25/have-russians-already-quietly-withdrawn-all-their-cash-cyprus

TAP – any attempt by regular banks to get between organized syndicates and their cash is likely to be unsuccessful.  They work a different method of incentivising staff.