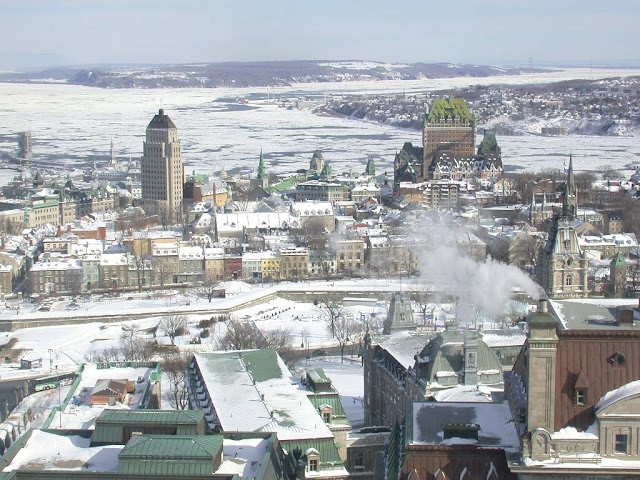 1)  The situation in Ontario remains as McGuinty summarized as a “boondoggle”, hurting those who can least afford time of use billing and not saving any electricity at all. Your MLA and the candidates for May’s election need to see this.

2)  Interesting information from a member. I doubt this was taken into consideration in the business case for BC Hydro which means more $$$$. This would not be a problem if a wired system had been employed!!
Corix were spotted here in Powell River this past Monday. I spotted one yesterday and followed him around for a couple of hours, he could not figure out what I was doing. He never asked any questions or anything. When he stopped at a house I would pull up behind and pretend to be taking pictures of him. He never installed a meter at the places that I was there. Anyway, yesterday at one of our grocery stores was a BC Hydro pickup parked, so I went in. Our own analogue meter reader (a BC Hydro worker) whom I have known since he came to Powell River was there shopping. So we had a conversation over these meters, which I might add he is against. He told me that the two meter readers for here are finished at the end of March. He has taken a meter reader posting out of Prince George. He was telling me that there are certain areas every where where the new meters cannot send signals to BC Hydro headquarters. There is an area north of here that they will have to take reading every time. Powell River area north of town will be under Comox-Courtenay area, he said that workers will come over here to read this area. He also said that this area in northern B.C. is huge, that is why they will have meter readers there. He told me that B.C Hydro has a mess in B.C. regarding areas that they cannot pick up the signals for the new meters. He doesn’t know how long it will take them to figure it out. Now I would have to think that this would apply to anywhere in the world where these things are being installed. Please tell our coalition this.
3)  From another member in Powell River, where some of the installers are bullying, again.
Hallo all, have just received a phone call from a resident who was informed and questioned by hydro employee. Resident was given the usual nonsense but did leave her with a paper stating that hydro will be installing meters within the next 3 days and no opting out is available…seems like they are stepping up the pressure. The employee asked the resident if she ever went to Tim Hortons, watched television, used wi-fi etc to which the resident replied NO….so the hydro said “well if you did go then blahah hydrospeak nonsense”. This particular employee is female and is wearing a headset. Once the conversation was over she removed the headset and a device from her pocket. She then sat in her vehicle speaking at length to whoever. Just thought I would let everyone know what tactics they are using. STAND FIRM!!
4)  Another threat as reported by a member in Port Hardy, but this resulted in obtaining a number to report the threats. Be sure to get the installer’s name, ID, license no., or at least the date and time to help identify the bullying Corix worker.
A lady I volunteer with was threatened by Corix yesterday, Wednesday March 20, 2013. She told Corix she did not want a meter. She was told BC Hydro would come back and disconnect the power or install a smart meter and charge her $5500 for the new meter. I phoned 1-888-495-2767 and got a hold of “Will” I explained the threats that Corix made, asked for the Corix employee name and suggested to “Will” that a complaint would be made to the RCMP of (uttering threats). This senior citizen was totally in shock and told the Corix installer to leave, no meter was installed. “Will” gave me 1-800-409-8199 and told me to have the lady call that number and an apology would be given. This number was given to me because I was not in direct contact with her.
Please broadcast this phone number on Facebook and add it to your daily e-mail. Let’s ring the phones off the hook. When someone answers the phone, request his name and employee number.
5)  Cindy Sage, one of the people responsible for educating people on the hazards associated with wireless devices, can be heard on this 1 hour recording made last month. At minute 35 she begins to speak about smart meters specifically, and at minute 48 she warns about the dangers of Wi-Fi in schools. This is great for those who want to have more information about RF, with many suggestions about how to make your home safer.
– http://oneradionetwork.com/products-%E2%80%93-new-technologies/cindy-sage-our-wireless-world-a-commercial-bonanza-for-big-business-a-train-wreck-for-the-health-of-the-consumer-february-21-2013/
6)  Opposition in Quebec is growing.
by Patrick Lejtenyi – CJAD 800AM – March 21, 2013:
– http://www.cjad.com/CJADLocalNews/entry.aspx?BlogEntryID=10520752
7)  A great graphic is shared above. Makes for a terrific poster.
The Tap Blog is a collective of like-minded researchers and writers who’ve joined forces to distribute information and voice opinions avoided by the world’s media.

4 Responses to “Opposition to smartmeters in Quebec is growing”