TAP  –  Loads of entertainers arrested.  Not one politician arrested…….mmmmmmmmmmm. 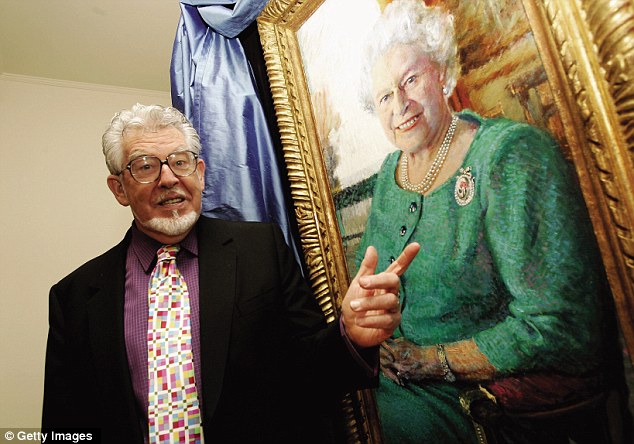 As with Savile, royalty approved.

Needleblog –   I’ve taken a great deal of flak over the past few months, simply because I’ve told you the truth on this issue.
The ’82 year old from Berkshire’ is Rolf Harris.

I’ll ask you not to speculate on here exactly why he’s been arrested.

Although the arrest of a famous celebrity is bound to get people’s attention it is nothing in comparison to the big scandal which will break in the UK soon.

In my view the biggest political scandal ever, bigger even than Watergate.

More on that soon enough but you will be horrified to find out what has been going on. So ‘enjoy’ your celebrity sacrifice for today but prepare yourself for the awful truth.

An 82-year-old man has been arrested on suspicion of sexual offences as part of the Jimmy Savile investigation.
The pensioner is one of 11 people arrested so far under Operation Yewtree – the Met’s investigation into alleged offending by the former disc jockey and others.
A Scotland Yard spokesman said last night that the man, who has not been named, was interviewed under caution on November 29 last year, five days after a search warrant was executed at an address in Berkshire.
He has been given police bail until May. Earlier this week the Mail revealed that as few as three of the men arrested by Scotland Yard over suspected sex offences in the Savile case are likely to be charged.
Details of the small number of Yewtree prosecutions emerged a day after a former BBC producer was released without charge following his arrest over an alleged sex assault in 1965.
Daily Mail

The Age, Melbourne
EARLIER POST –
As Bill Oddie said, everyone in the BBC knew Savile was ‘at it’.   Oddie believes Savile was untouchable as he was a ‘friend’ of the Royals.  In other words, the Royals set the standards which the BBC observed.

Had Harris been close top politicians, he might have been saved.  It seems that entertainers who are close to politicians, don’t get exposed, same as politicians themselves.  No names.

Savile was untouchable because he was a PAPAL KNIGHT viz KCSG, far more important than The OBE.

Read about it in the Blog.

THE PAPAL KNIGHTS ARE THE REAL POWER BROKERS.

THE Queen Is The Pope’s OFFICIAL Representative of The FIEFDOM OF BRITAIN.
She Thus Derives Her Authority From The Pope.

We Now Have Two BlacK Popes in Control of The Vatican, CONTROLLED BY THE COUNT, The Last Black Pope.