An observant commenter on David Icke noticed the nurse taking The Queen out from hospital was wearing a masonic belt buckle.  This is the same hospital where Jacintha Saldanha died in the supposed spontaneous media interview from Australia.
Not the nurses too!  I suppose all must be in on the game, or the beans of what really goes on could spill.
The Pope resigns.  The Queen rushes for a rest in hospital.  Could it all be something to do with this?
Thanks to an anonymous Tap Blog reader for sending these pictures. 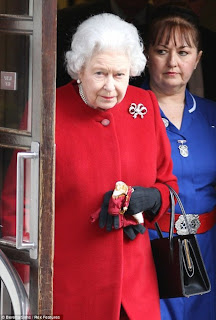 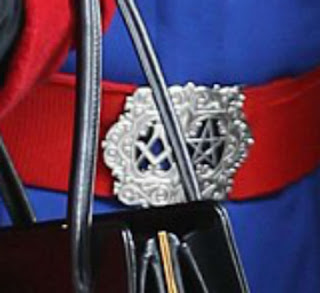 And a comment on David Icke.
Courtesy of necra, at my freethinkers group:

The red/white she is wearing gives a lot away. The (TAP – single) black hand (the glove she is wearing – hidden hand) contrasting with the red coat she is wearing (satanic blood colour). (TAP – black and red are the colours of Satan/Saturn)

Where have we seen these two satanic colours before?

* sorry, meant to say the red/black she is wearing. 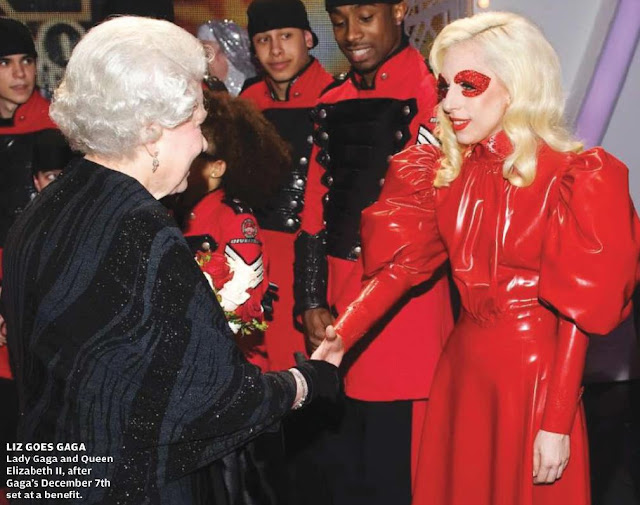 Two devil-worshippers share a handshake
The Tap Blog is a collective of like-minded researchers and writers who’ve joined forces to distribute information and voice opinions avoided by the world’s media.

6 Responses to “Masonic nurses look after The Queen”