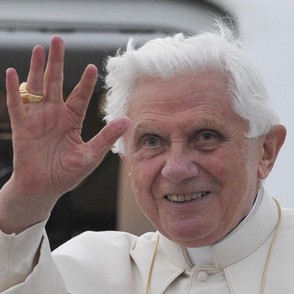 In his Christmas message to the world at Christmas 2010, he stated that paedophilia was not always a bad thing.  This was not mentioned by the world’s media.  They’re a big part of the paedophile network of course.

TAP – The media defence of the Pope as he resigns has been very slow to take shape.  Now we see it in full flood.  The problem is (they say, as usual) ‘not about paedophiles, so much as gay priests’.  David Cameron had that one ready in a split second at the Philip Schofield interview…’the notorious homophobic witchhunt’.  If it is a witchhunt, it’s going some.  The scandal has little to do with being ‘gay’ and all to do with child abuse – in all zones, Parliament, the Church, the EU and the Monarchy.  It is not a ‘gay mafia’ as so many politicians privately refer to it, but a child abuse mafia. 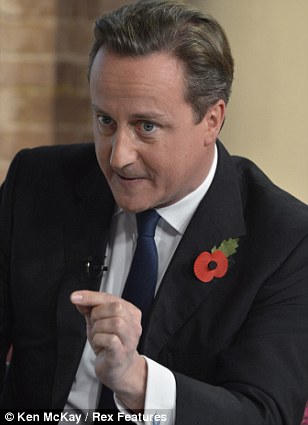 Cameron on the BBC.  Is he involved?  His response to Schofield was totally vicious.   Why?  Who’s he trying to protect?  He must know that child abuse is the pastime of the powerful.  Jimmy Savile didn’t run the show for forty years because he was funny, for goodness sake.

The Pope is now being portrayed not as the advocate of child abuse, which he most certainly was, but as someone who wants to save the Church from child abuse.  If he wanted a mission to eradicate it, as claimed, he wouldn’t resign.  He’d stop saying it’s a good thing, and start the task of ending the control of the church by the paedophiles.  His resignation comes at the same moment he’s been convicted of involvement of the murder of Canadian school children, along with the Queen.
Daily Mail extract sent by Shazza

He resigned in early February. That report was a final straw.

The Filth has been corroding the soul of the Catholic Church for years, and the reason is the power-grabbing ineptitude and secrecy of the Curia – which failed to deal with the perpetrators. Now the Curia itself stands accused of being part of The Filth.

Benedict realises the Curia must be reformed root and branch. He knows this is a mammoth task.
He is too old, and too implicated, to clean it up himself. He has resigned to make way for a younger, more dynamic successor, untainted by scandal – and a similarly recast Curia.
Benedict was not prepared to wait for his own death to sweep out the gang who run the place.
In one extraordinary gesture, by resigning, he gets rid of the lot of them. But what then?
The Curia are usually quickly reappointed. This time it may be different. It involves scores of departments, like the civil service of a middling-sized country.
It has a Home and  Foreign Office called the Secretariat of State. There’s a department that watches out for heresy – the former Holy Inquisition which under Cardinal Ratzinger dealt with, or failed to deal with, paedophile priests.
Read more: http://www.dailymail.co.uk/news/article-2287074/Gay-sex-rings-The-Filth-corrupting-Vatican–Pope-REALLY-quit.html#ixzz2MSaq0G70
Follow us: @MailOnline on Twitter | DailyMail on Facebook

TAP – Read between the lines.  Remember that Ratzinger made speeches saying child abuse wasn’t all bad.  He’s up to his neck in it, as they are in all three main political parties in Britain, and across many other countries.  Child abuse is the pastime of the powerful.  If this is the best denial they can come up with, each time someone is accused in the media, you know the rest.  They are all filth and not ashamed of it one bit.

The evidence stacks up from every angle.

9 Responses to “Paedophilia – the pastime of the powerful”